PLEASE read this carefully before you buy any bird in this store!(https://www.parrotstars.com/)

Our golden conure only lived for 2 weeks (Oct.13--Oct.28) and all the symptoms showed our baby is infected with APV by high probability, which is the most dangerous pathogens of domestically raised psittacine birds (parrots). We attached the necropsy report (on P2) for any one that would like to check with their vet if these symptoms could indicate the bird has APV.

P3\P4\P5 shows this store kept lying to us about the bird test, we asked if the PBFD and APV has been tested several times and each time they promise that each bird has been test. However, when we finally get our baby bird they said they did nothing except the sex. The transfer agreement that we have to sign only gives us 48 hours to take her to the vet. APV test normally needs 3-5 days to get feedback, thus obviously the store never gave us the chance to do the full test. This store only does gender test for baby bird. (We got our baby on 13th and THEY FINALLY ADMIT THAT THEY DIDN'T DO APV/PBFD ON 15TH, it's just over their "48 hours" guarantee.) At the first vet visit (the second day we got her), it showed that our baby bird has a bump on the right wing and Parrotstars had no idea about it.

In addition, the store did not tell us anything about the bird diseases, like PBFD, APV, or any other. They spent most of the time saying what food should be bought from them to feed the bird. From our research after this tragedy happened, APV is fatal to young birds (less than 4 months) and should be of specific notice to the owner. But the store never mentioned that to us. The shipping should also be safe enough to isolate the baby birds from infection. However, our bird was shipped just when she was just 3 months old, and she was placed in a general carrier (for dogs) which has no medical protection. Baby birds could get infected by APV in the environment as soon as they hatch, during the store time, during shipment. But none of them ever talked about these disease (include PBFD) and risks to us. They even never mentioned any of these in their parrot guideline.
View attachment 31867 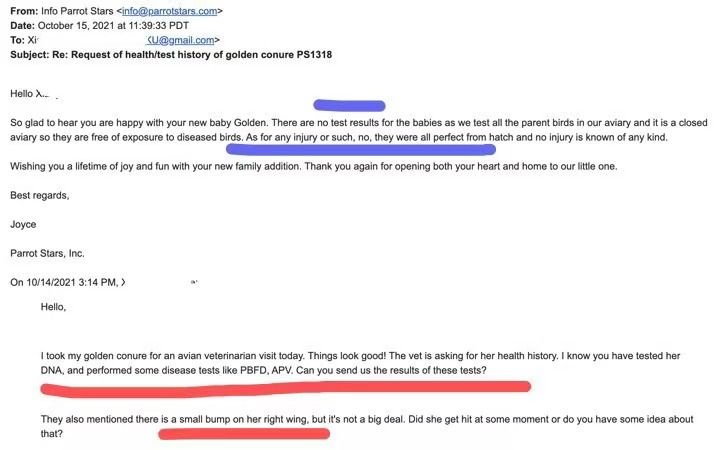 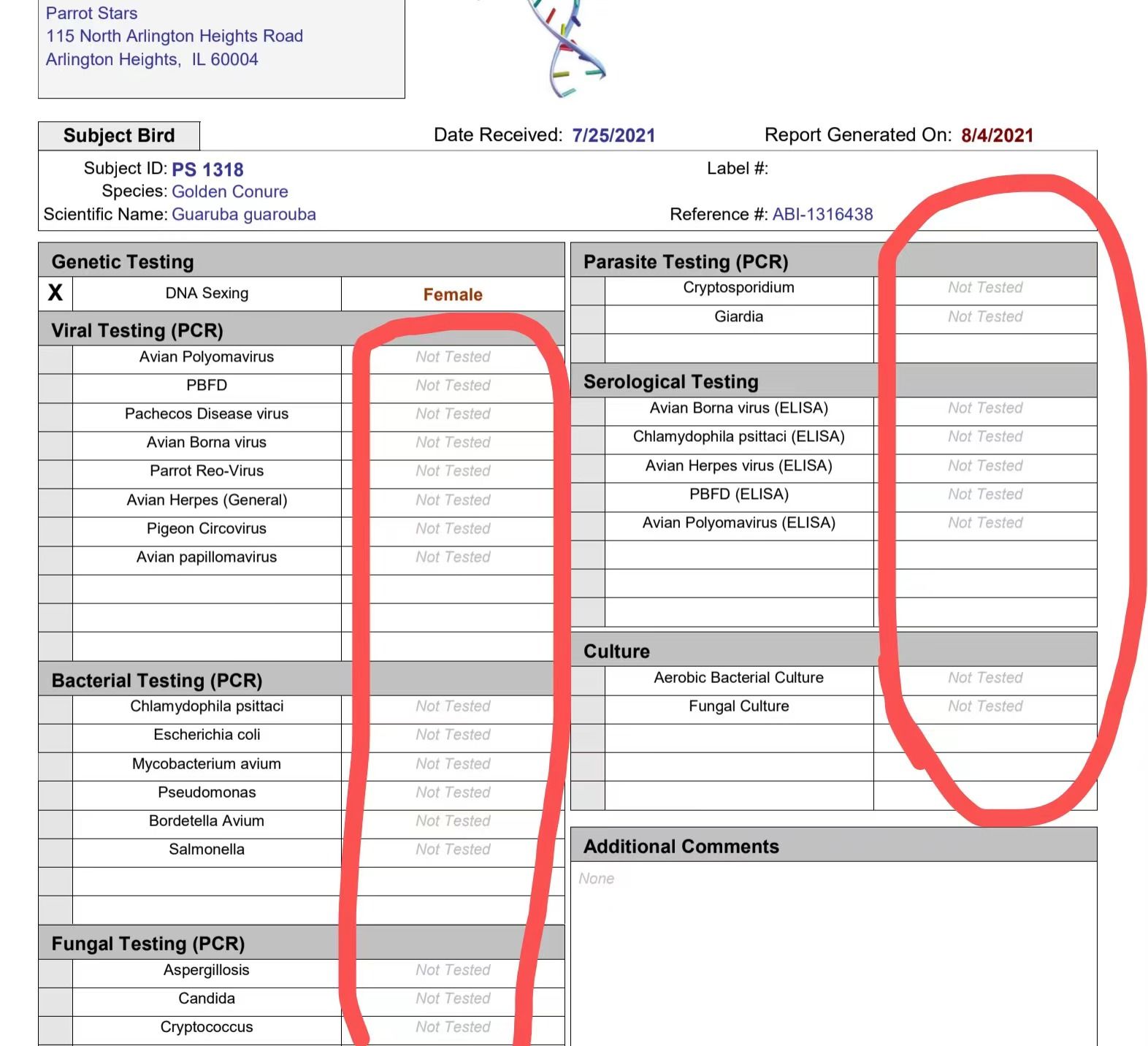 Last edited by a moderator: Nov 3, 2021
You must log in or register to reply here.

Pascal got a new playstand! - Neophobia

A
HELP! My new GCC tested positive for Polyomavirus!

A scalped budgie and a baby Brotogeris parakeet ...what a full day!