Hello Peoples,
I am considering getting the bird in the above ad; I have a few questions:
1. The bird has curvature of the spine - I want this bird as a pet so it does not worry me from a looks or breeding viewpoint. But would the bird experience any discomfort? Has anyone seen this type of thing before? Would there be ongoing vet costs associated with this?
2. Also, the feathers are clipped and the breeder says they will grow back. Which I hope is true. So I do not know if the bird can fly or not with the back issue (hopefully it can but it is not a deal breaker for me - I just want the bird to be happy and have a fulfilling life.) Any insights into the back and flight and also the feathers?
Thank you for any insights you can offer!

I spoke to the seller; he is a breeder and he is selling the bird on behalf of another person. Apparently the backbone issue was not detected early on enough to rectify (he said this was possible in very young birds?)

A photo is attached below. 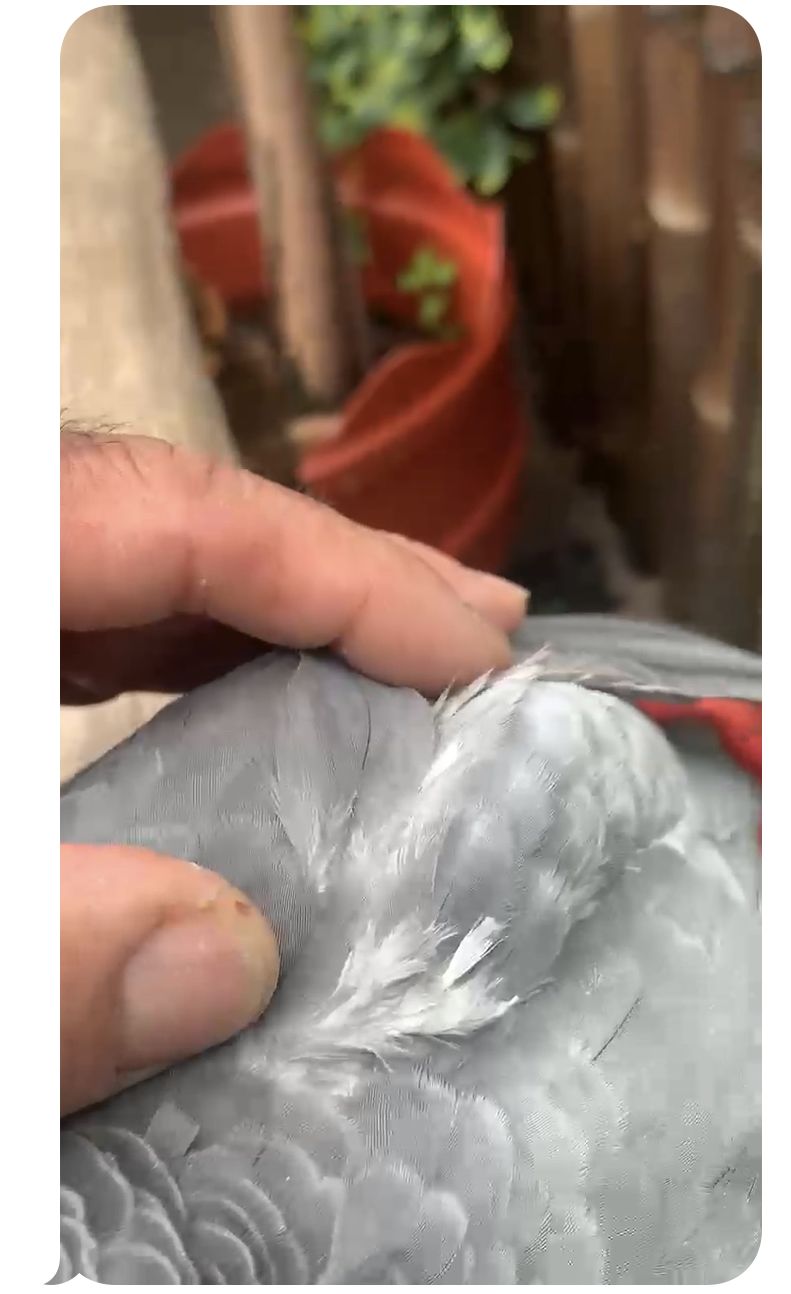 We have long worked with older Amazon who are known to be ill and abused. As a result, we understand that our Avian Vet Care costs will be much higher than what most individuals will experience. My point is, with a handicap Parrot you will be faced with the same additional costs and you must be ready to take on those costs.

Thank you for considering a Handicap Parrot!
OP
L

Thank you Sailboat, for your good advice.

We have a macaw with a similar problem - kyphosis. It is impossible to say that it causes pain, but in humans the same condition is extremely painful for many people. So it’s hard to say whether the bird experiences lifelong suffering. Our macaw does move gingerly, and isn’t very active, but does enjoy lurking on top of his cage and ripping up paper. He has run up incredible vet bills over the course of his life. The vet says that the spinal curvature causes his innards to be cramped (he says it more professionally than that) which can lead to other issues. Also, since he can’t fly and can’t really flap, he has fallen off his perch several times. So far, no injuries, but a bird could suffer a broken keelbone or other injury in such a fall.

He seems to have a decent enough life, though restricted in many ways.
OP
L

That information is really helpful Kentuckienne, thanks for telling me about your macaw. Sounds like you are helping him live his best life despite his condition

Our vet said this kind of deformity happens in the egg. Perhaps it wasn’t turned properly? There is nothing that can be done once the bird hatches.
OP
L

I’m trying to talk to seller into having the bird assessed by an avian bet so we can find out more, so fingers crossed. Thank again.

I think that’s a good idea (to ask for vet evaluation of bird’s spine).

I had a smaller parrot who had multiple disabilities. She was the coolest bird but I now think back on her last few years of great old age and realize she was uncomfortable (old leg injury). That makes me feel very bad.

If you do take this bird, it will almost certainly be more expensive to manage his or her health. If you can swing it, that’s fine. I am lucky that I managed Lucy’s sometimes costly health issues before things got really tight.

I would also say that you may find you have an appreciative and loving pet if you take this bird home. My most injured birds have been the most wonderfully loving birds. They know you have helped them.

Good luck with your bird!
Last edited: Mar 18, 2022
You must log in or register to reply here.

Thanks for the comments

Adopted IRN - wordy Backstory, Question on his size, & other tidbits
2

F
New bird owner with re-homed GCC and would like advice please.

Plucking: A Search For Answers
2 3