Parrots
Sunny a female B&G macaw;
Japie (m) & Appie (f), both are congo african grey;
All are rescues- had to leave their previous homes for 'reasons', are still in contact with them :)

Japie finally "got" the treatball (well actually its one of those cat-snack-balls).
This morning he was rolling it around the bottom of the cage and happily snacking away.
(It's been there for 3 months on and off and all of a sudden ...he noticed it)

Greys are infuriating like this: ignore something for ages and then just take to it like it's always been there...

Deductive reasoning in parrots? They don't even to test something / the trial and error you would expect/- they just figure it all out in their tiny heads?!?!
E

I saw this thread and thought it would be funny to post some of the antics of our TAGs. Tilly and Elliot came from the same home, not and girl but not a mates pair but very bonded. Tilly likes Elliot as long as Ellliot stays on Elliott's cage. Tilly vocabulary is massive,it far surpasses anything our CAG can do. The TAGs love to reenact little scenes that took place in their last home. Tilly will make a loud door knocking sound, El then responds with the most obnoxious "Whaaaaaat!!!!" you could ever imagine . Tilly than lets loose with a full blown woman screaming voice, real barn burner, it was some argument they heard. There were teenagers in the last home,we think that had something to do with it. They do other scenes ,but with a massive amount of swearing involved. We are just so amazed with how good they work together to perform it lol.

Hi I have a 5mth African Grey, his cage is in the kitchen so every time we have lunch or dinner or even if i get a cookie , he will fly right to me or to my plate and try to get some from what i am eating . So i am offering him a piece from my plate or cutting a piece from my cookie to give it to him and he wont have it .. He wants to eat directly from the plate as i do or if i have the cookie in my hand he wants the one i am eating not the piece i am offering .. Me and my daughter each afternoon at dinned we do more laughing than eating with his behaviour ... He is so persistent and angry when we wont let him have it ...Do your birds act like that .. is that normal ?

It’s normal behavior.
flock creatures want to do the same thing at the same time.
Because your Grey is so young it’s still learning what is/isn’t food, still wean so it learns from parents.
Dangerous to share food you have eaten from.
bacteria from your mouth is bad for your bird.

Parrots
Had a Blue Front Amazon. Now have an African Grey (CAG)

Something I posted somewhere else, last summer. Written from Scooter's POV.

This is Scooter. Scott likes to post stories that he thinks are funny, but he went upstairs and left the laptop on, this is my chance to tell you how things really are.

Today was a perfect example. He was wearing those baggy pants when he came up to get me, so I knew he'd be home all day. That's fine, I know I should spend time with him, or he'll get stressed and lonely. He put strawberries in my breakfast again, but did I yell at him? No, I did not. I just picked them out and tossed them against the wall, as a reminder for him that strawberries aren't breakfast food. After a while, I could tell it was warm outside, so I let him know and he took me out. It could have been a nice time for both of us, but he couldn't leave it at that.

OK, so my feathers might produce a little bit of dust. That's why they got that air filter they run all day. And it's not like I don't bathe, I just like to do it in my water bowl. And so what if it gets a few drops of water on their precious floor? They have a mop, I've seen it.

He took me outside, he didn't spend more than a half hour scratching my head feathers, and then he put me in that cage he keeps outside. He sprayed me. With water. I tried to hide, but everywhere I went, he followed me with that horrible orange sprayer thing, and he sprayed and sprayed until my feathers were dripping.

I am an adult, perfectly capable of deciding when and where I take a bath. Tell him. Tell him this is parrot abuse. Tell him if I want to take a bath, I can do it myself. Tell him I won't put up with this. And tell him to stop putting strawberries in my breakfast. They're fine as an occasional treat, but they're not breakfast food. 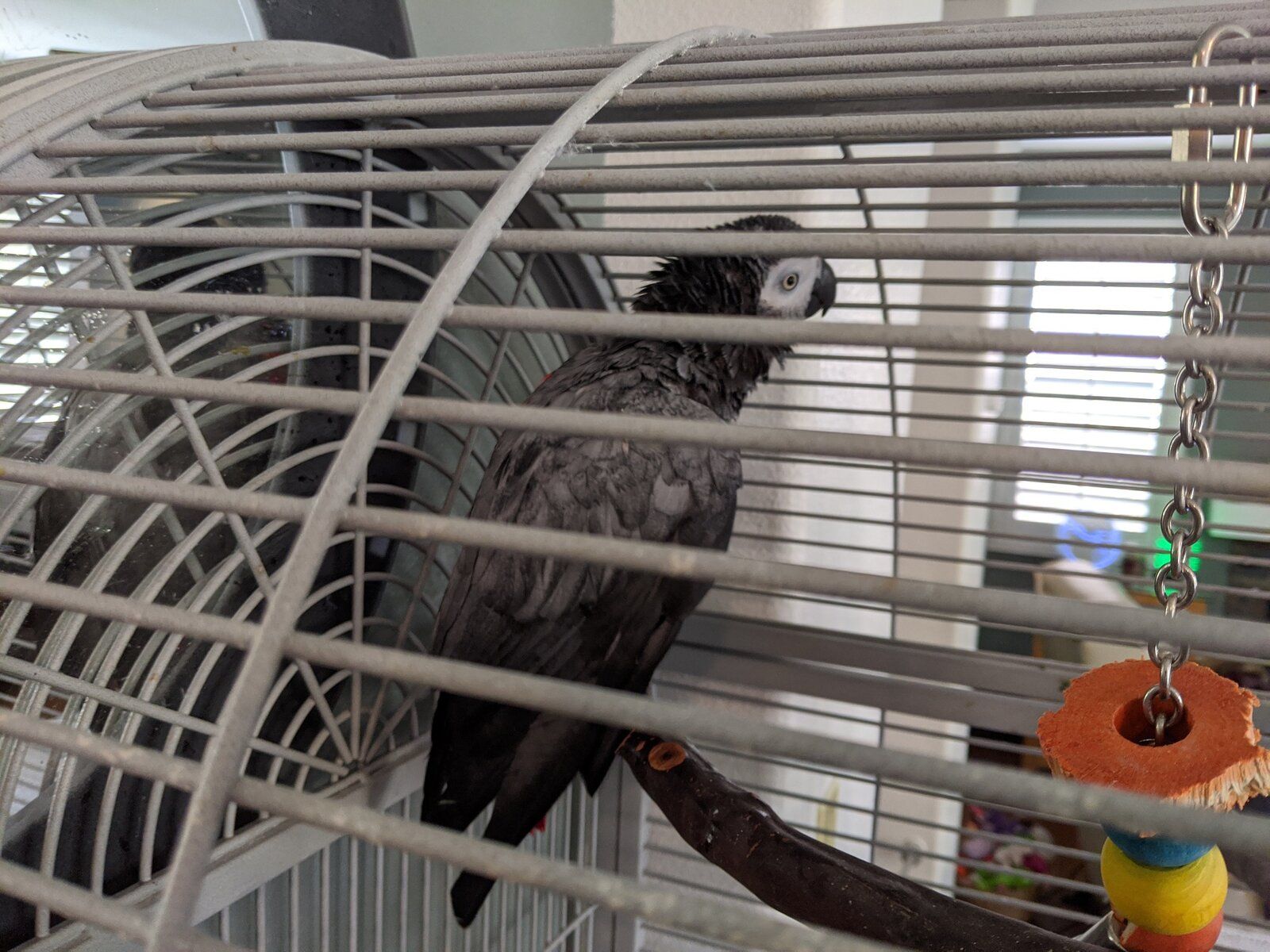 This is hard work.

A blog about Ovsyanka the Caique and his Owl :)

The story of a girl named Darwin