Help! Advice for my Grey

Hello everyone,
My Grey, Bogie (named after Humphrey Bogart) is 17 years old. At the age of 1 his feet were chewed to the point of fracturing by Bacall, another Grey meant to keep him company. She was older than him and my mother, who has since passed, was distraught at the mangled mess she made of poor Bogie. He has severe fractures in both back heels. I just had them x rayed today as the last week he has been struggling significantly. Arthritis has set in and his talons don't even touch the floor, just his haunches/heels. They told me he will likely get worse. He needs a change in diet, handicapped enclosure measures, and suggested I might go get a physical at the UT Vet hospital exotic division and see if he could qualify for talon replacement.
Has anyone had this surgery for their pet before?

Welcome to the forums. We have a member with disabled sun conure. She is sure to have good advice. 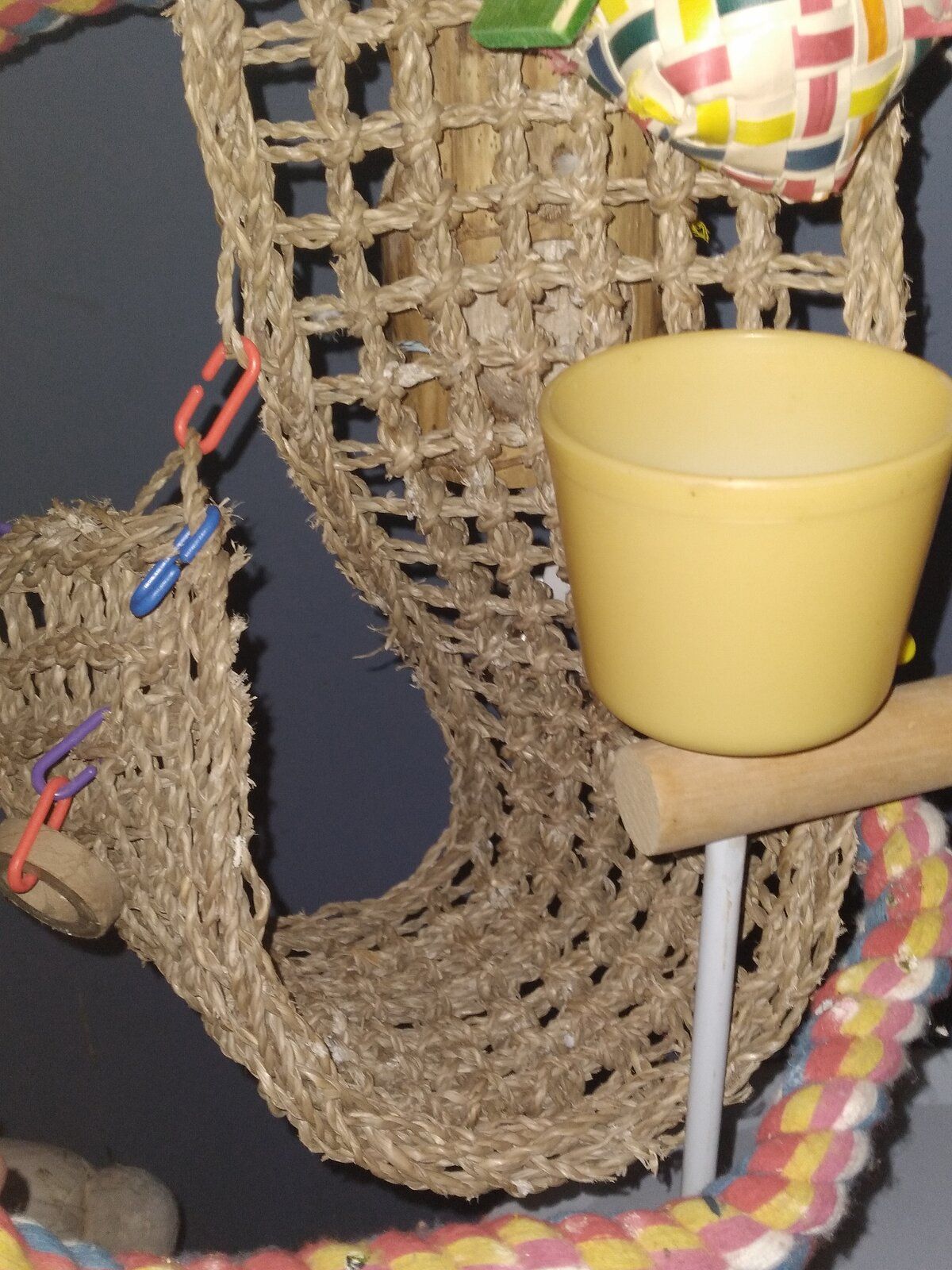 I am so sorry to hear about your African Gray's medical issues.

I have a parrot with a broken wing which is a little different. I was informed to add a lot of perches to help my parrot get around. Never use a seed catcher because if a parrot falls they have been known to break their necks on them. I have a stand, and made a home made stand that I put next to it just so my parrot can get down if he needs to instead of him trying to fly, falling, and getting hurt.

That is amazing that your vet has recommended intervention for your parrot to give Bogie better quality of life. Keep us updated on how things are going.

hope everything goes well and hope he recovers sending healing power to you
You must log in or register to reply here.

So glad I found you!!