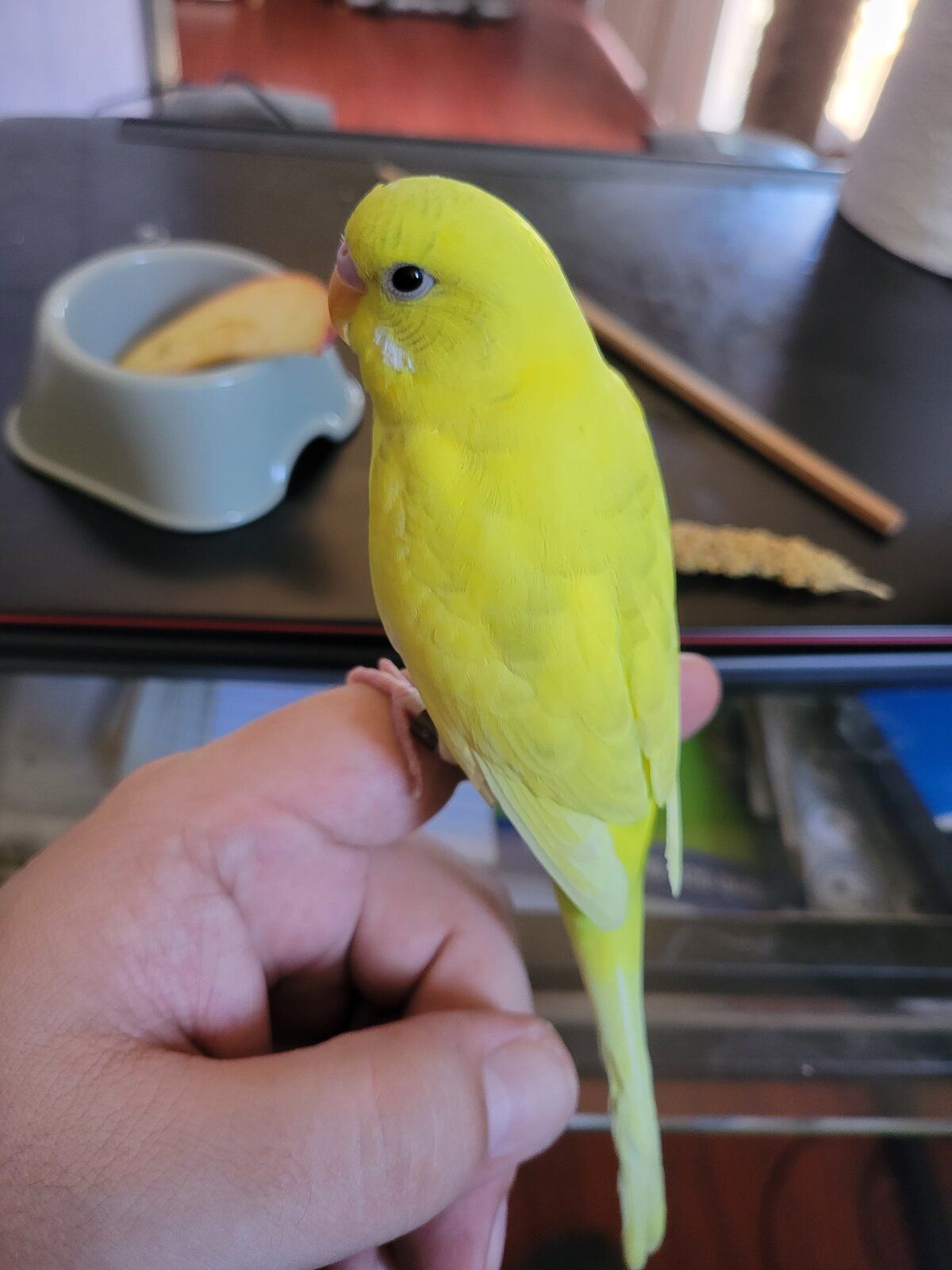 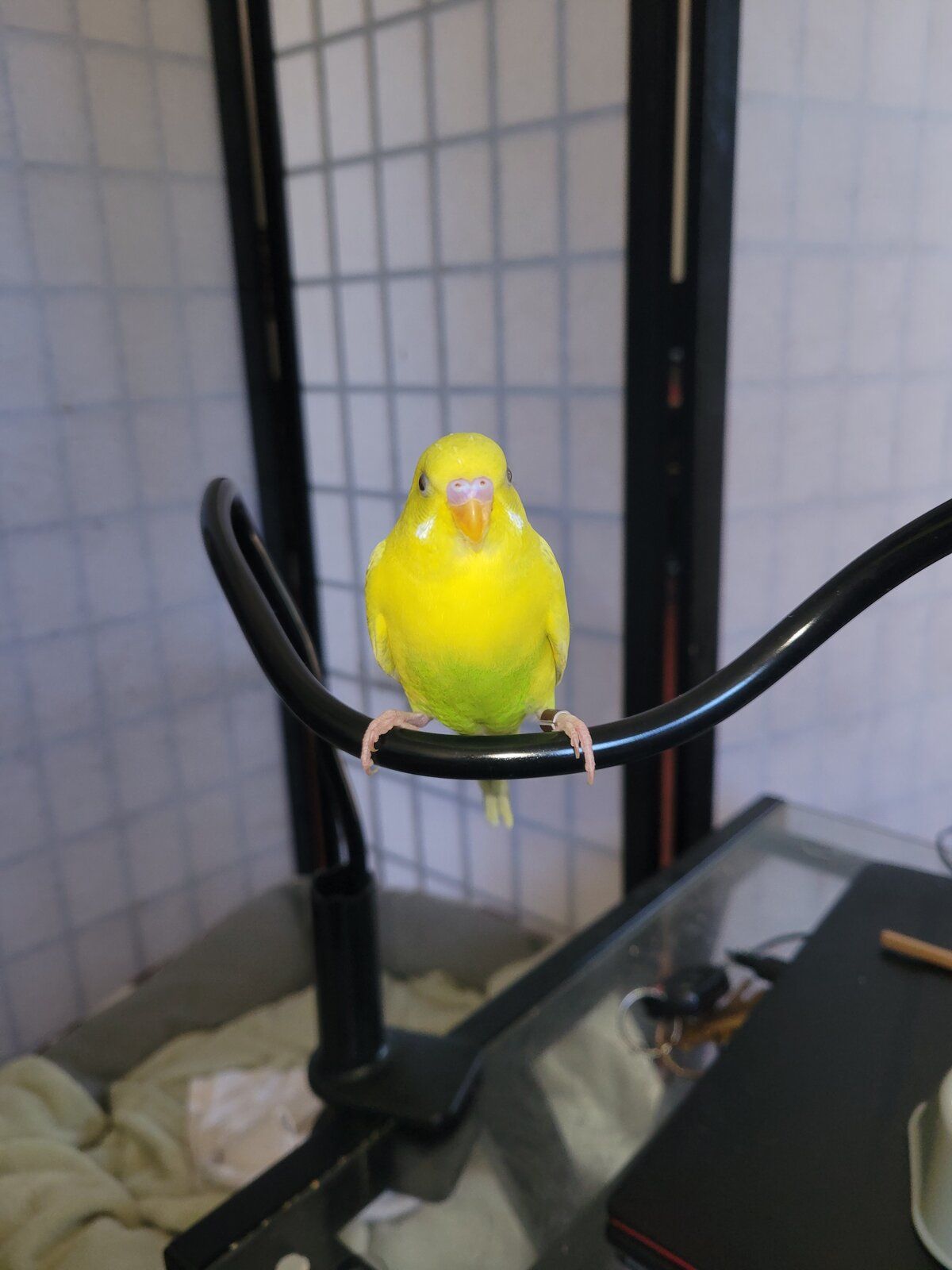 It's still early to tell, but the violet cere means it will most likely be a male. That doesn't mean it's impossible to turn out a female, but is much more likely to be a male. Young budgies with whitish ceres are normally females.

My guess would be you have a male because the cere looks similar to the color of one of our baby budgies looked when we got him. He was very young then and we weren’t really sure what he was. He was very tiny compared to the other budgies we had, and still is. So I thought he was going to be a female, until a few months later his cere became very blue. He’s already over a year old and his build is still smaller than our other male budgie more like that of how our female was but he is definitely a male. Our female had white around her nostrils which was very pale at a young age. Yours seems much more violet.

Their voices even when young are also a good indicator. Females have more of a squawking sound when they don’t like something. Our female used to sound really mad at her mate and it wasn’t anything like what the males do. The male voices sound more musical, less like a gravelly scream type of sound. Not sure if that’s the right word to describe it but I can’t think of any other right now. Males seem much more passive as well. At least from my experience with the few budgies we had.

You got a cutie there for sure no matter the sex. It’s still good to know since females need a little extra care in terms of preventing egg binding and making sure they get right nutrients to help them with it if they lay eggs, also ways to avoid triggering that in them.
You must log in or register to reply here.