Hey all, I am gonna start throwing the Kirb Birb’s chop recipes in here. I know for me personally I was really overwhelmed and spent the first few times I went out to buy ingredients frantically googling things like, “Can Parrot Eat Celery Stalk?” etc. I run what I like to joke is a small zoo here, so whatever the Birb doesn’t like doesn’t go to waste - our goggle of coturnix quail happily eat his leftovers. When deciding what to buy I use the ratios & refer to the lists in the I Love Amazons thread!

That having been said, we do see a lot of waste here - I give him two fairly full bowls of chop a day, and let him browse it for about an hour or so before I pick it up and either compost it or “donate it” to the Kwail Needz Carrot Not Crumble society.

I have prepared chop both for our ~460g OWA and our 80-90g cockatiel (who has sadly crossed the rainbow bridge), and the main difference was really just making sure the chop was fine enough for his liking. That being said, I have found that what lasts about two weeks for Kirby can last up to two months for a bird as small as a tiel, so a little goes a long way! I go to a variety of different stores; Safeway, Kroger, Whole Foods, Trader Joes, and sometimes big box stores like Target (although typically their organic veg offering is small). So far for seasonal stuff my fav is our local farmer’s market, as there are quite a few certified-organic stalls; otherwise TJ’s has the best prices while Kroger and Whole Foods have been neck and neck for variety.

Anyway, this week’s chop will hopefully last us at least a month; I went a bit overboard lol. We freeze ours in large, freezer-safe containers and then cut out portions each day and reheat with hot water under the tap.

Additionally I got organic Mini Sweet Peppers and Organic Sugar Snap Peas for treats - he has an easy time holding them with his feet in spite of his arthritis, and he likes tearing them apart!

*I know cabbage has oxalic acid, however, the amount of cabbage in this mix is much less than the amount of baby broccoli, broccoli slaw, mustard greens, and quinoa, which are all excellent sources of easily absorbed calcium. However, if your bird has problems with calcium levels, it is best to avoid foods with oxalic acid! In my case, I grabbed it not thinking at the time and when I got home and realized I’d grabbed the cabbage slaw as well as the broccoli slaw, I decided to run with it for the above reasons and see how he liked it.

The total for a month’s worth of veg chop was $49.35. Not too bad; I am pretty sure I spent more on dog food this month, haha. 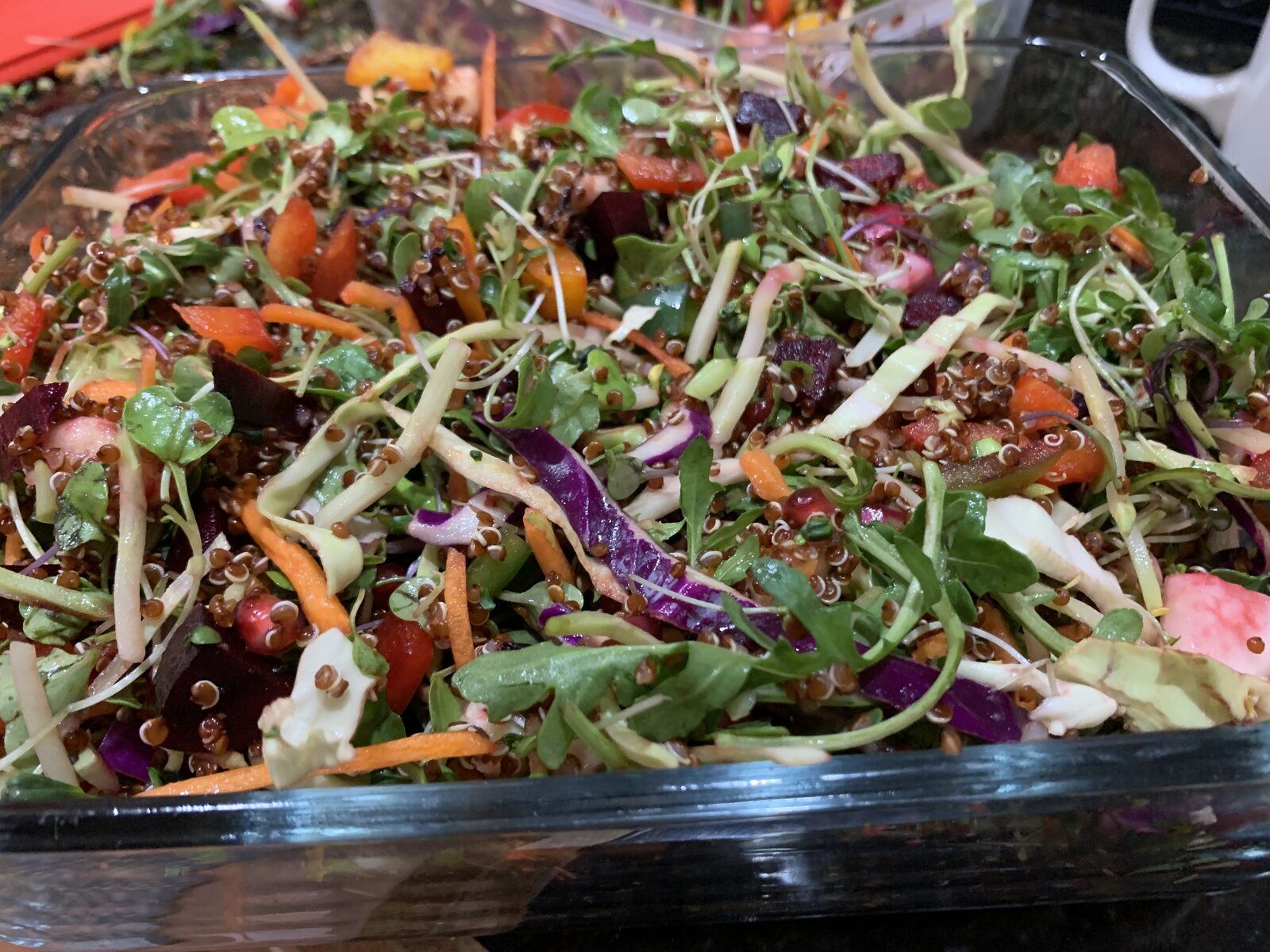 The end result! He seems pretty pleased this time around! Probably because beets are his faaavorite; when they’re reheated, the beet juice gets on everything and makes him much more adventurous about what he’s willing to try!
Last edited: Mar 19, 2022
OP

(Cross posting these from my Kirby thread on the Amazon subforum)

ravvlet said:
Today is chop day; I never seem to remember to get beans but I assume that’s ok since he eats pellets!

View attachment 35768
I always buy too much or not enough; today looks like it’s a too much day. I try to avoid single use plastics so I usually freeze it in bins and then “chop” out what I need each day.

Overall he seems a bit happier than yesterday; the antibiotics will hopefully really be kicking in this week.
Click to expand...

I actually had it all mixed up and put away before realizing I’d forgotten to add the blueberries, so I had to take it all out and remix it! Whoops.
Click to expand...

This is an awesome idea and I'm so happy you are doing it! The chops all look and sound amazing, I love all the different ingredients.
I just added your thread to the Chop recipe sticky
OP 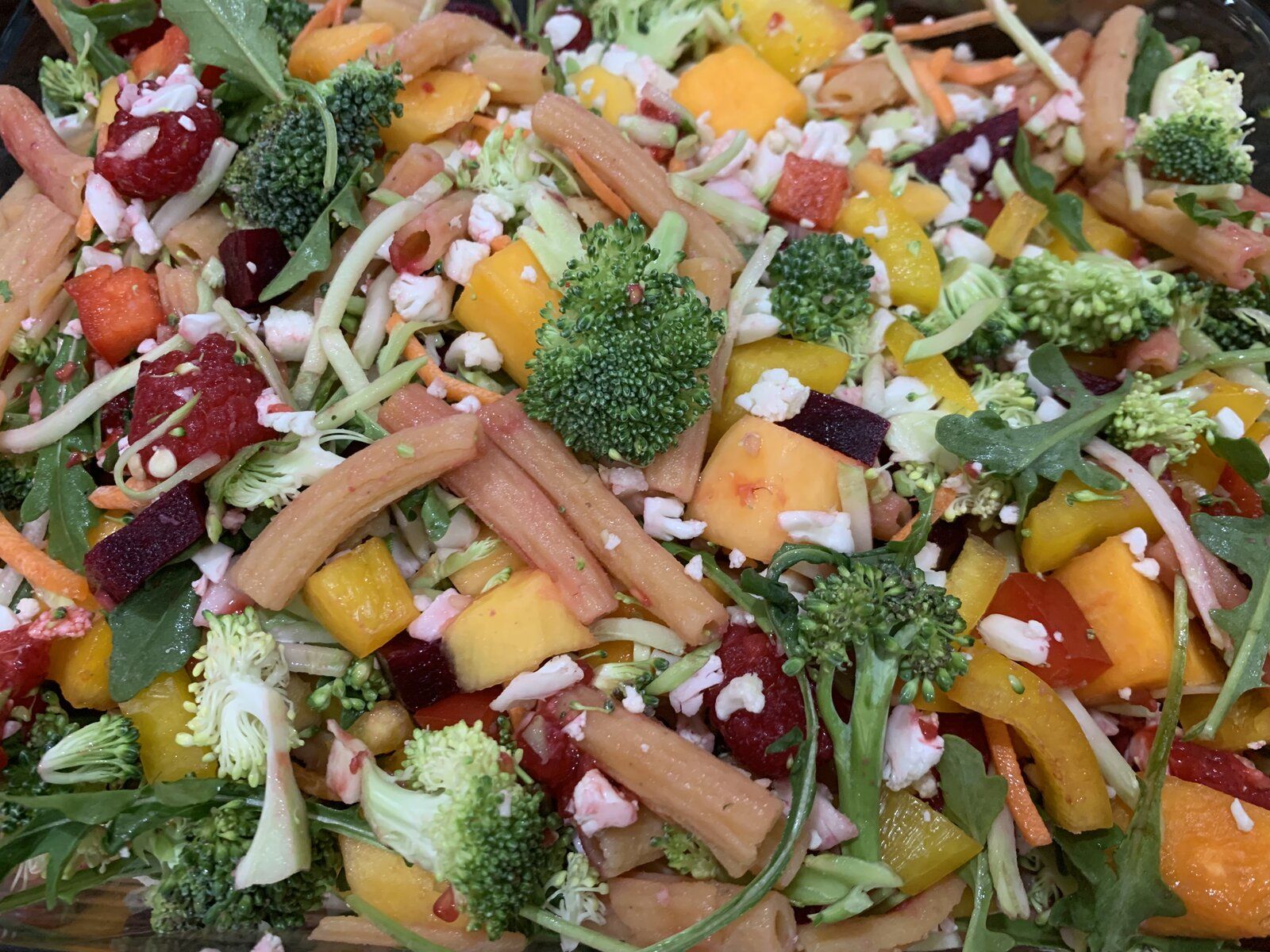 I’ve made a few chops since my last posts, but I was reusing recipes I already put here so I didn’t post them!

This week I changed it up a bit though - went to Trader Joe’s.

I’ll snap a pic of a bowl when I made him his afternoon chop; I was in a rush this AM to cut & cook everything and put it away!

I myself have spent a lot of time googling can my parrot have myself. I am right there with you. Your chops look amazing. I cheated, and bought the birdtricks recipe book. I failed too many times trying to make chop.
You must log in or register to reply here.

Yesterday I made chop:)

Does it always have to be organic? 🫠

Is there such thing as TOO MUCH chop?