Male or female budgie?! - The story of Big Foot Betty

Hi guys! Let me tell you about my budgie Betty, my all white.... unsure of gender!
So I rescued Betty from Petco. I was buying some toys and an employee asked me if I was interested in adopting a FEMALE budgie who had been returned for being a bit flighty. I already had 2 at the time, now I have 4, and my cage is 4 ft by 4 ft so I could definitely house another. My girls Tina and Siouxsie were bonded at the hip but it was time for a new addition. They put Betty in a box for me so I didn't see her until I got home. She's a BEAUTIFUL all white budgie who's a bit on the bigger side (she's about a half inch taller than my other budgies and in general, is just more built). She has a single spot of blue on her ankle but the rest of her was all white. Her cere when I got her was white, but has since turned blueish purple.
I have no clue if she's male or female. She's best friends with my guaranteed male, Squid, but she's also super bonded to Siousxie, my older female. She loves Tina, but Tina is a loner so she doesn't reciprocate. Betty tries to feed everyone in the cage too, doesn't seem to discriminate between males or females. She is big though. Like, a tank of a budgie. What's also confused me is I've seen her mount Siousxie before. I've attached some pictures I took of her, shes my only budgie who does not step up and avoids humans at all costs(but will sing to you through the cage, she likes to be talked to but is pretty hands off)
What do you think? Male or female? Also check out those literal stompers she has. Big foot frickin' Betty 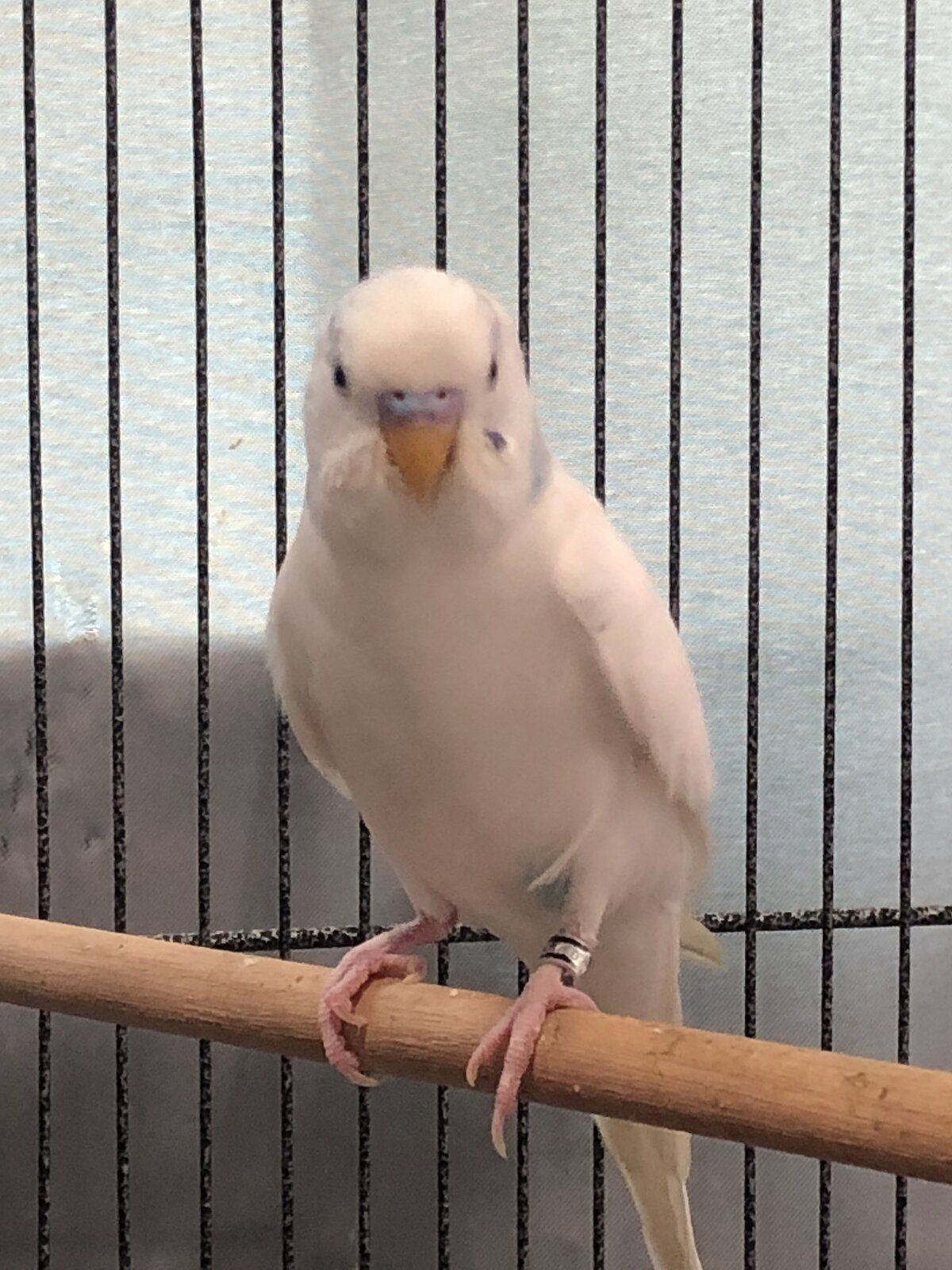 Wow, those are some big feet!

Also, don't worry about the name, Betty is ok for a male. Or you can change it to Bretty lol. But Betty suits him.
You must log in or register to reply here.

H
Please help me avoid an expensive DNA if possible....I rather buy a toy!

B
Question(s) on stopping budgies from breeding
2

J
Had A Trio Of Budgies. One Died & I Feel POWERLESS On What To Do Next(THEY ARE LONELY)

P
My Budgie is a color shifter