Pascal got a new playstand! - Neophobia

Yup!!! My dear boy is spoiled rotten and he got a brand new tall playstand to chill next to me while I work. There he can have his pellets, and best of all is that his poop and all the crumbs should be contained there! I got it for a litterate bargain compared to other stands, and I am very happy with it (it's a Trixie playstand, a German brand I think).

I have to say it is quite huge! 40x40x50cm, not exactly what I had in mind! Anad because it is so big and new, Pascal was terrified of it, so a bit of luring and training took place.

First of all I have put him on the same table and slowly was luring with some treat crumbles. One by one, step by step. I would scratch against the bottom of the stand and speak softly, until I would ask him to get the treat while I was holding it right next to the stand. Then slowly ask him to step up to the rim of the stand. Up and down a few times. I asked him to step up and tried to let him perch on the stand, he was extremely hesitant and afraid. I gave him another treat crumb while keeping him next to the perch, then lured him onto the perch. Success! So generally I was luring him left and right until I asked him to step up onto the highest one. And he found his pellets there, but my treats are better so he kept begging me instead I call it all a huge success!!!

I am so happy that I could get rid of his fear in matter of 15 minutes and lots of coaxing, and I could expect him tomorrow perching there next to me instead of the clock, hahah. I will probably hang some toys there, but first I must make some, they are so overpriced these days here. I like that it is tall, it will surely make him feel more secure. 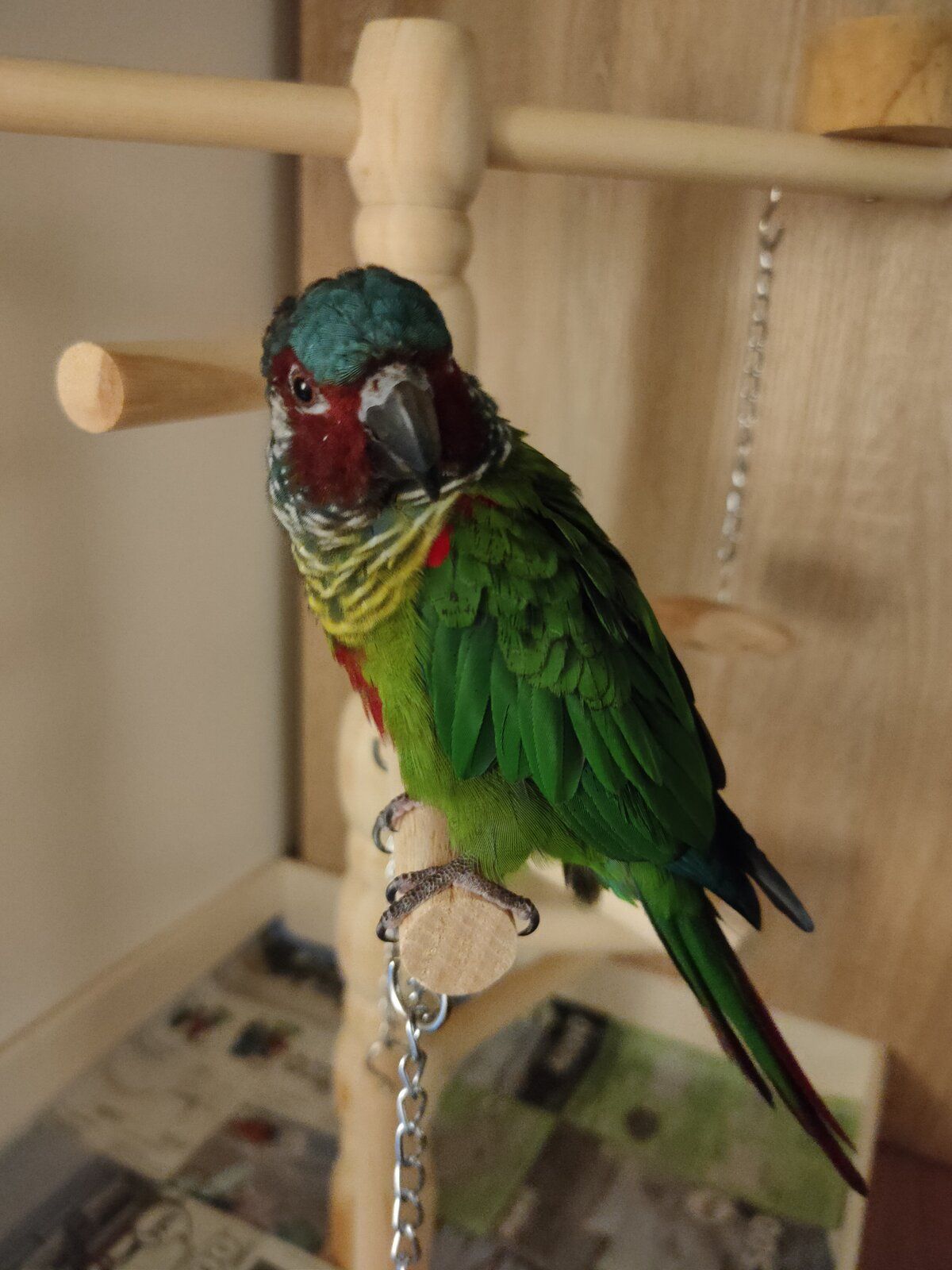 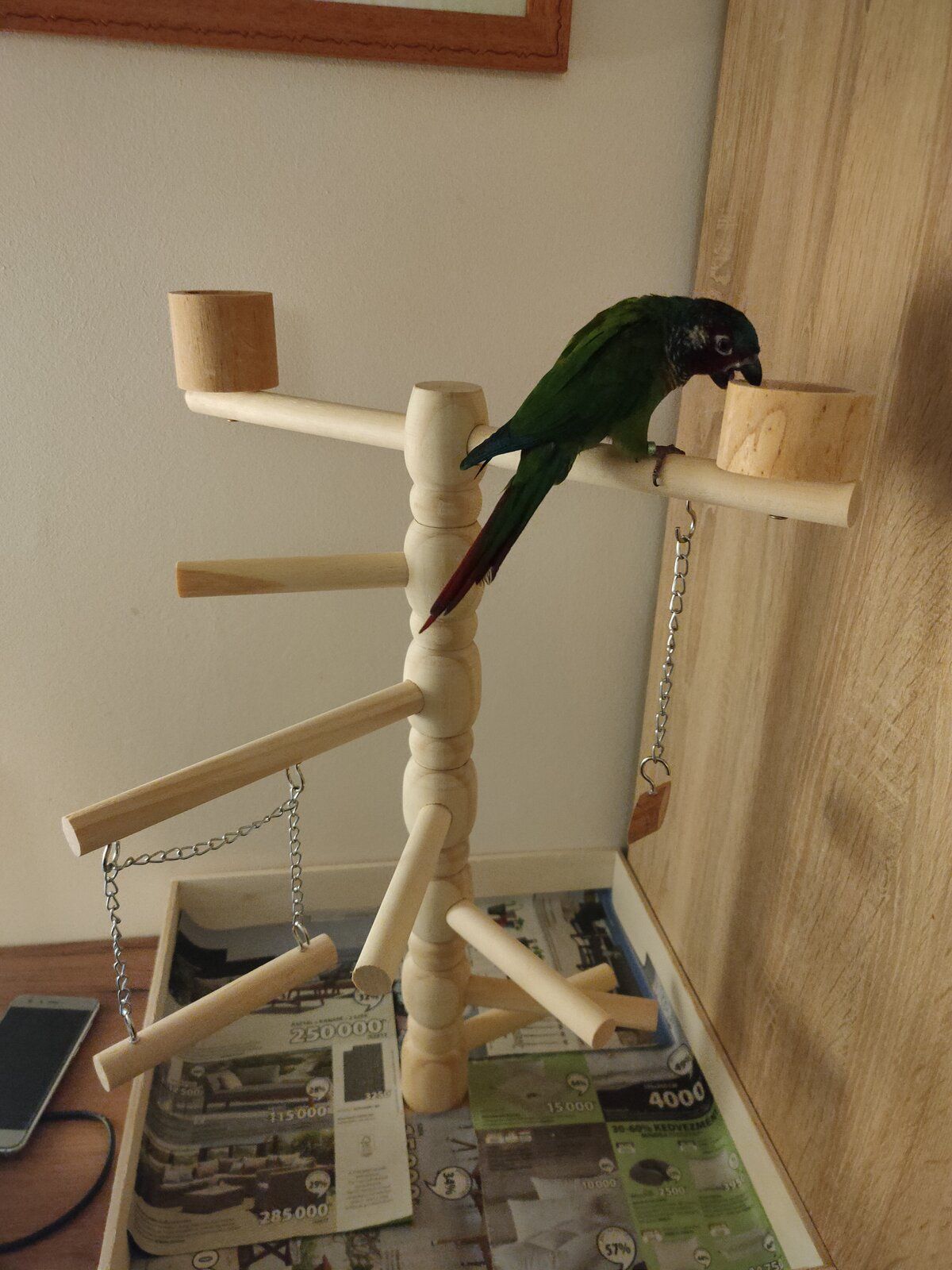 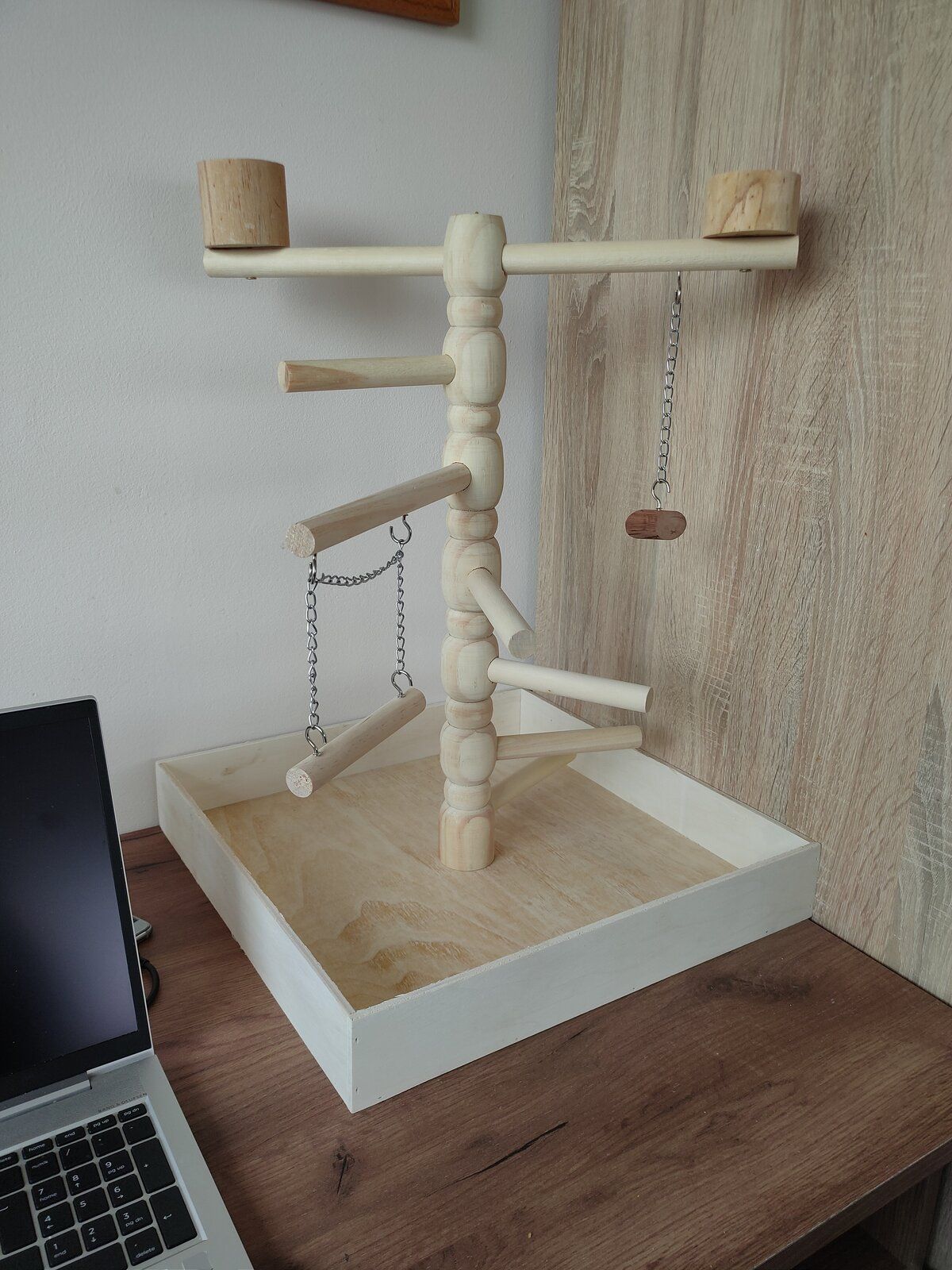 Lovely play stand, but more importantly, quick training indicative of Pascal's trust and your admirable skills!! You're sure to cobble together inexpensive toys of joy!!

What a spoiled boy! That stand looks amazing!
OP

Scott said:
Lovely play stand, but more importantly, quick training indicative of Pascal's trust and your admirable skills!! You're sure to cobble together inexpensive toys of joy!!
Click to expand...

Oh Scott, he is such a smart boy! With a huge appetite xD I just need to let my partner do the dirty job of cutting up some boards first!

WHY IS HE SO CUTE SJBHIBIABBJSVUAVUDVUASDVH
You must log in or register to reply here.

How to return to cage without biting

F
Okay, to teach Sun to recall to my hand?

My green cheek conure keeps biting me out of curiosity during step up training, any advice? (First time bird owner)

P
Introducing a phobic parrot to a new room/stand