1- DNA came back...its a boy! LOL all this time been calling him Pita...well his name is legit Manolo. Also his blood test results came back and was also tested for Chlamydia and tested neg as well...overall he has a great bill of health...insane considering the previous living conditions!

2- His diet...been phenomenal, began eating Roudybush (as many suggested here) and he likes it a ton..also been strict diet on veggies...when i cooked steaks last night, he was going through withdrawals as he was pressed against the cage sticking his tongue out to try and taste the food LOL...no way was i gonna feed him some steaks, vet would kill me. So thank you all tons for the food recommendations! helped a ton.

3- Getting more friendly, but the vet mentioned how this time of year he may be more difficult than normal. so they suggested to encourage with small amounts of his fav treats to help coordinate if necessary. He's been great around the family, and we allow him to sun bathe under supervision daily while we have the hot summer months....also am making sure he gets plenty of sleep daily..heard that's also important.

4- The other day, i saw a few drops of blood hit the floor when he flapped his wings...called the vet, and they told me he probably has a blood feather that needs to be pulled out, 10 min later, he pulled 2 feathers on his own, havent seen blood yet vet said for me to bring him in if i see any more blood, but they mentioned how i can use corn starch in an emergency, and just be mindful and watch...so far he's been 100% good to go and no blood.

5- He has his own Instagram, feel free to add him LOL he's trying to step up his social media game lol. @manolo.the.amazon. 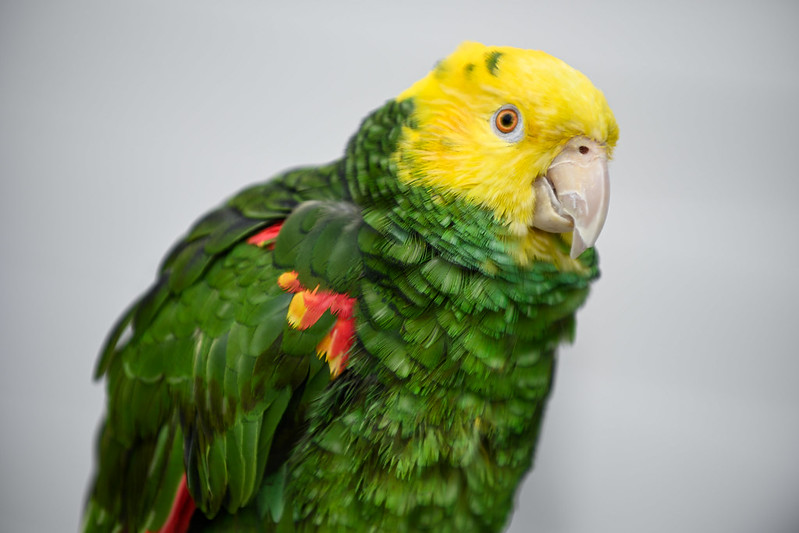 Thank you again for all the help, much appreciated!
S

All I can say is to enjoy the quiet while you can . The morning ?singing? of two of my three is enough to send my to the lower patio to save my eardrums!

When they go silent! The fear of illness is heartbreaking.
A

Congratulations to you and your new DYA! Excellent advice above, hopefully you've found a skilled avian certified vet. (or equivalent)
You must log in or register to reply here.

C
Double Yellow Amazon - Will not eating hardly any chop cause weight loss?