Farm Flock: follow along with *all* the birds in our flock

Welcome back dear friend!! Been missing you and the Farm updates!1
Sorry for you losses this last Winter, it was a tuff-one for the majority of us Northerners.
Happy to hear you are going to be placing some time into the house as insulating 3.5" is a lot more than 1" of side wall, regardless of what one uses.

Again, a joy to hear from you!

definitely thrilled to have you back!
OP

Isolated Holler in the Appalachian Wilderness

Parrots
B&G Macaw, Galah, 5 cockatiels, 50 billion and a half budgies. We breed and do rescue. Too many to list each individual's name and age etc, but they are each individuals and loved dearly.

Woooow it *has* been a long time. The update before yesterday's post, Saint was a baby puppy and a new acquisition!

The big mystery predator snuck up (metaphorically) on us in fact, because Saint has been such a MAJOR help around here. As he grew up, our predator issues slowly became less and less, until basically air borne threats were the only predator threats. He keeps humans, stray dogs, predators at bay. Saint has turned out to be one of the best "security investments" we have made for the farm. Best of all, he makes confrontations simply not happen. Just him being here deters much of the issues we were having. Plus, he is SUPER cute. Big ole blockhead. <3 As a mastiff, he will be growing for another year or so still, but he is already a giant. And suchhhh a good boy. He has puppy energy, but very quickly settles down and just wants to be resting nearby, keeping an eye on things.

Speaking of personal protection animals, Butters has decided he is my personal body guard. He doesn't care who or what the "threat" is, he is gonna take care of it. The other day Mr. Bug and I were sitting outside when a wind gust kicked up and I made some funny cold noises. Butters came right over, serious face on, ready to chase Hubbs off if needed. Lmao he wasn't mean or aggressive, just making sure Hubby was behaving himself.

Later that night when we had gone back inside we were horsing around(pardon the pun) and I made a funny noise and warned, "Hey! Better quit tickling me or Butters will bust in here like the Kool Aid Man"

Those goats we bought last year.... well, we managed to save six of them. They were some siiiick puppies. 5 females and 1 male survived the illnesses. Unfortunately 1 of the females we think is a very old girl so at some point she will be going to freezer camp probably this fall if not before then. The other 4 females have all given us healthy baby goats this spring, so we have 3 baby doelings still out there that we will be keeping. It is so wonderful watching them frolick around and carry on being adorable. 2 older girls who are half sisters and complete and total best friends, attached at the hip, and their younger half sister whom we call Earless due to her not having ears, lol. Earless's momma also doesn't have ears, they have lamancha breed blood in them. I think they are so funny lookin', and Earless is one weird little goat. Funny personality. All goats are weird, but I think Earless takes advantage of that fact...

I think until I am back in the habit, and more used to the layout, I will try to do smaller more frequent posts. I am already figuring things out a little. I found how to preview a post, and maybe save it? Shrug. I'll figure it out. 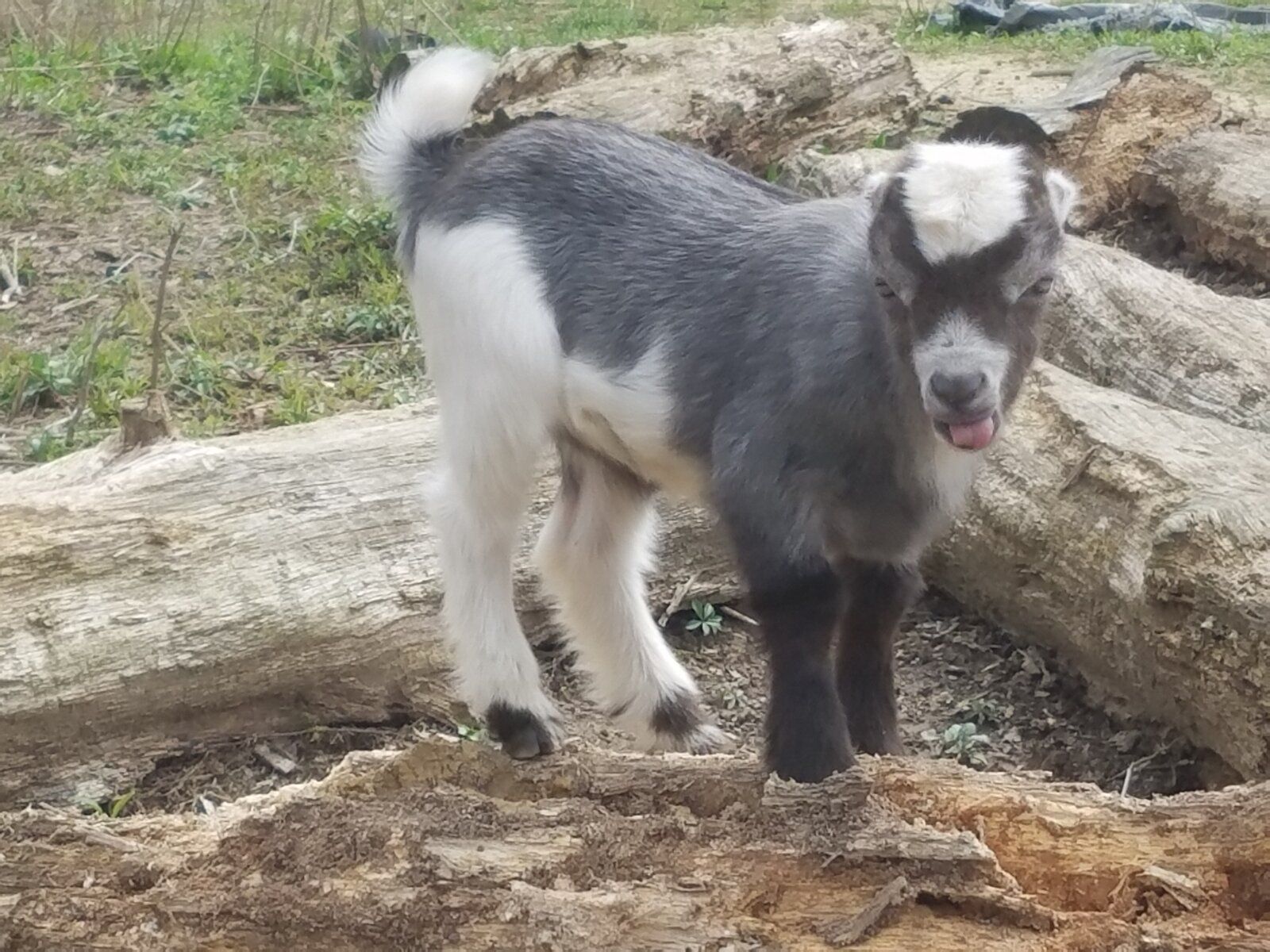 Isolated Holler in the Appalachian Wilderness

Parrots
B&G Macaw, Galah, 5 cockatiels, 50 billion and a half budgies. We breed and do rescue. Too many to list each individual's name and age etc, but they are each individuals and loved dearly.

I just saw about Jim. Wow, this became a sad morning real quick.

Parrot taken into custody by Police!

M
Two male Lovies - turns out we were wrong!