I got another lovebird! After almost 2 years of not having a lovie I finally found one. She(?) is a Fischer lovebird. Much quieter than Jordan was, not as nippy either. She's already very curious about her surroundings, and wants to explore. She can hear the rest of the birds in the other room, she reacts when she hears them, but doesn't call for them. She's not as skittish as any of the other birds were when I brought them home, I got her yesterday and she was already running around her cage, playing with toys, eating her food almost immediately after getting home. She is much calmer than Jordan was. Her name is Ghost. She is mostly yellow, has some green on her wings, so I'm guessing pied mutation, but I've been told it might be pallid, not sure.

I got her from someone who didn't want her because she wasn't cuddly, they only had her a week, they said she's about 3 months, but I guess around 6 months as she is molting. 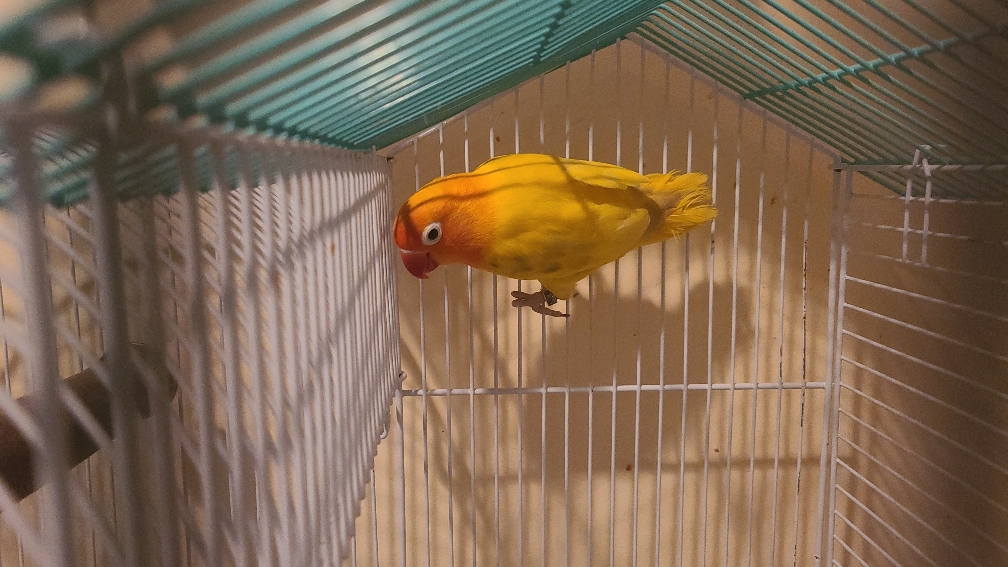 Sent from my SM-G981U using Tapatalk

Welcome home Ghost! Congratulations, she is as stunning little girl

What a beauty, love the name. Congratulations!!
You must log in or register to reply here.

P
Introducing a baby lovebird to a 2 y.o. female lovebird

Any tips for pairing lovebirds?

The training journey with Elby the lovebird!

A
Question about baby lovebirds and possible aggressive dad