Can you guess a parrot that young?

This is supposed to be just funny way to admire how parrots can look so similar when they are really young.

If you can´t guess, I will put a picture of the same chicks a little bit older until someone can figure it out. 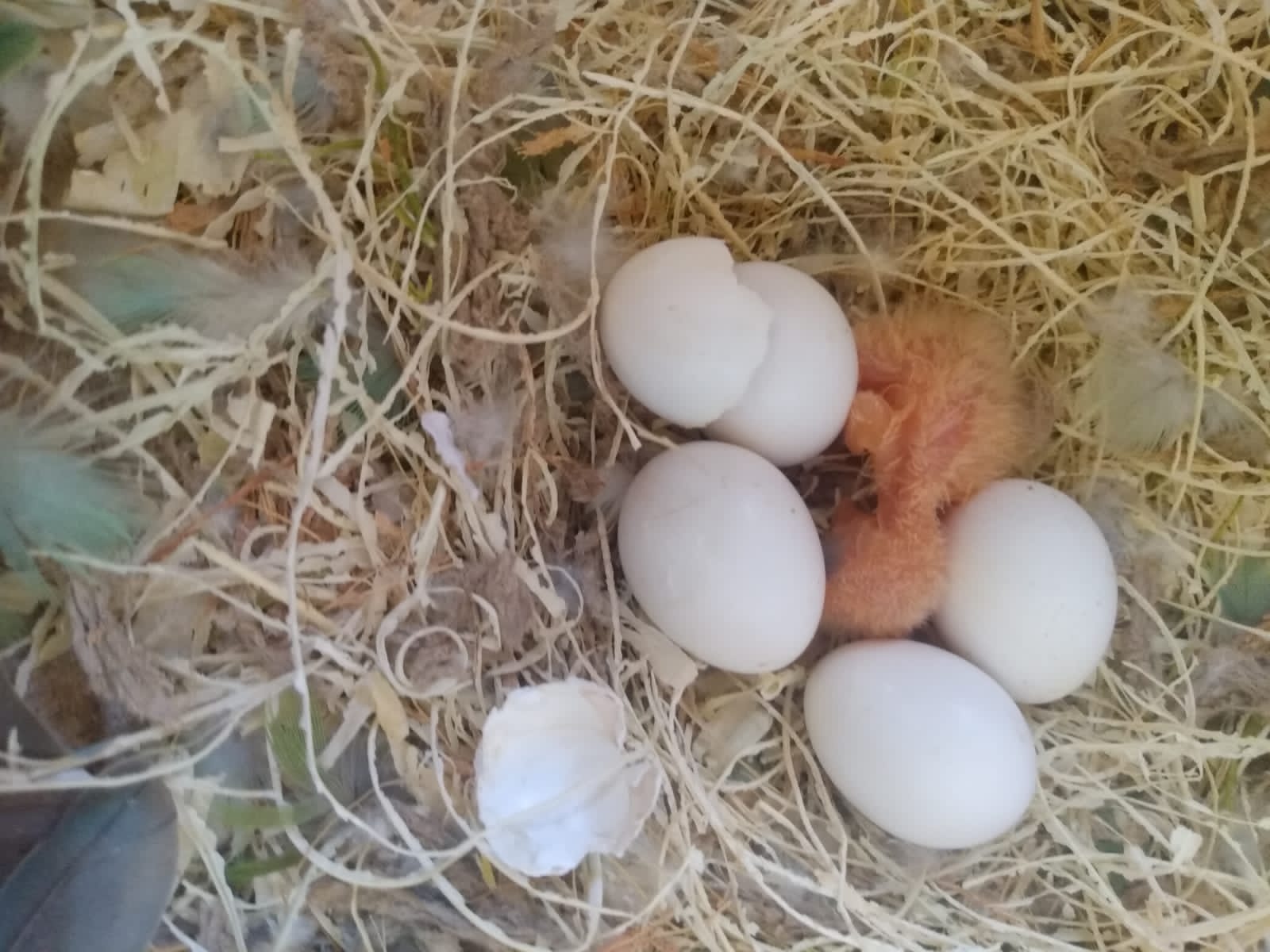 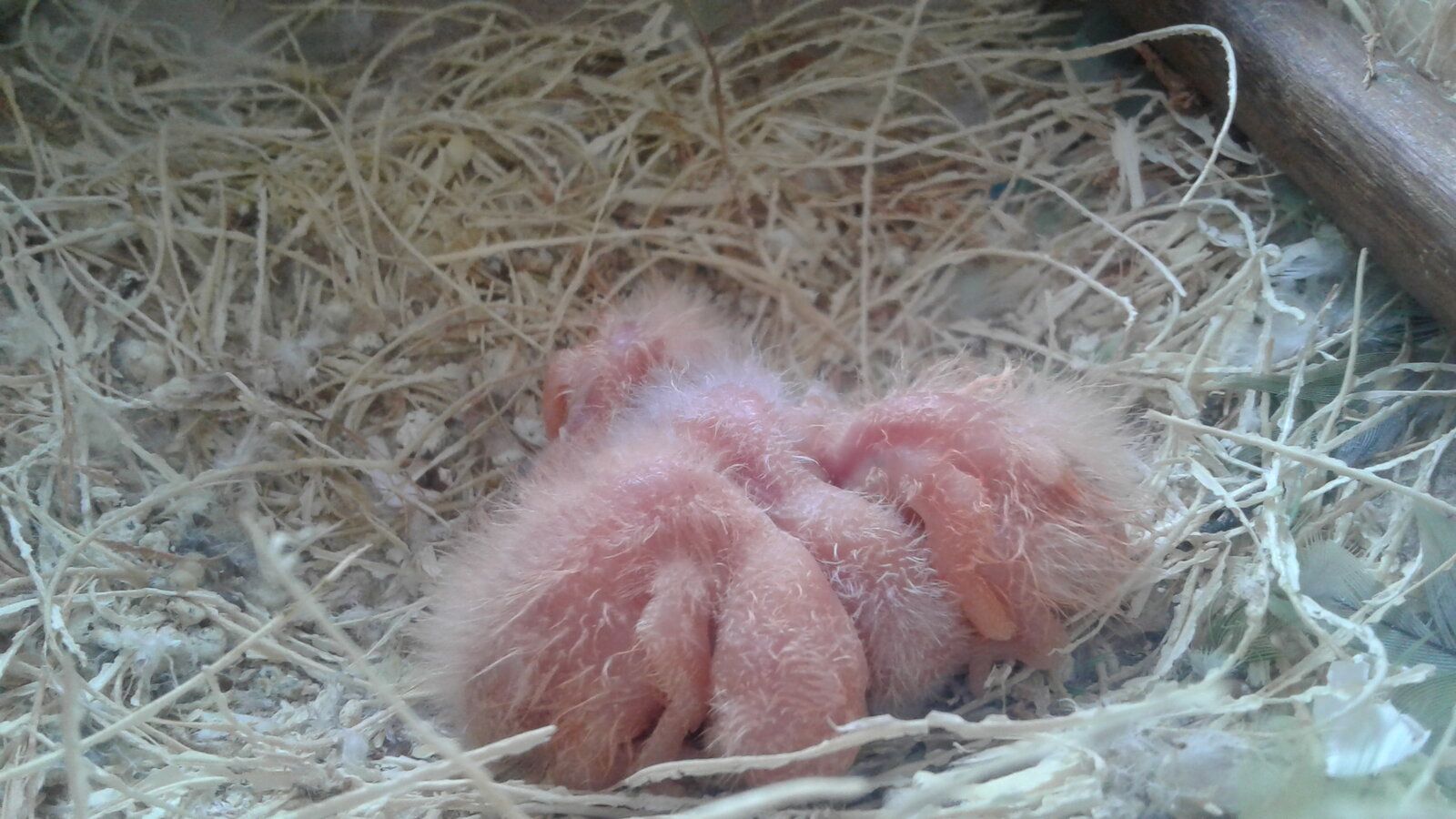 Im gonna say, Not budgies, because I don't think mine had that much fluff when their little bods were still that un-developed.
OP

fiddlejen said:
Im gonna say, Not budgies, because I don't think mine had that much fluff when their little bods were still that un-developed.
Click to expand...

I know THAT young is really hard to guess. 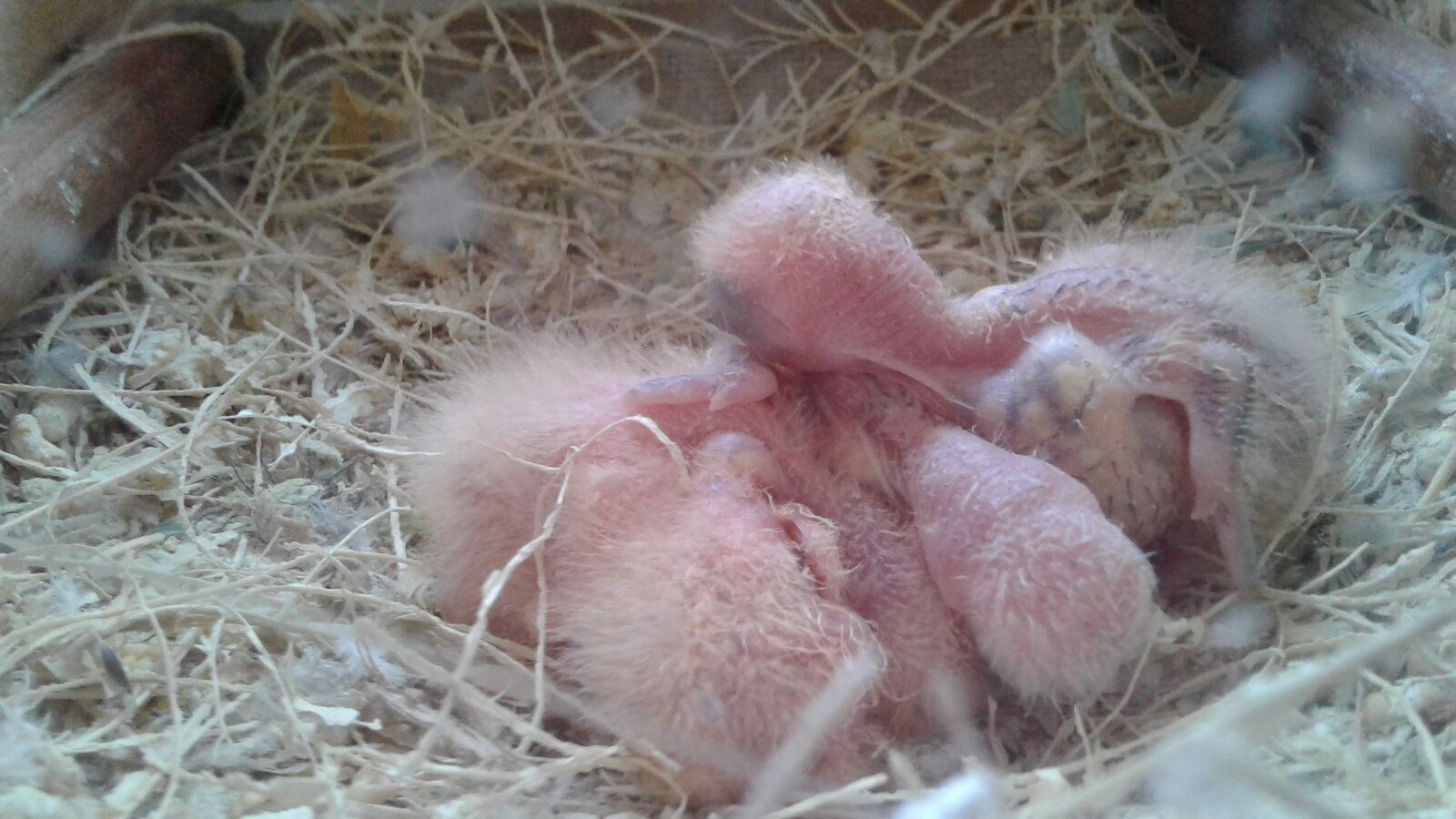 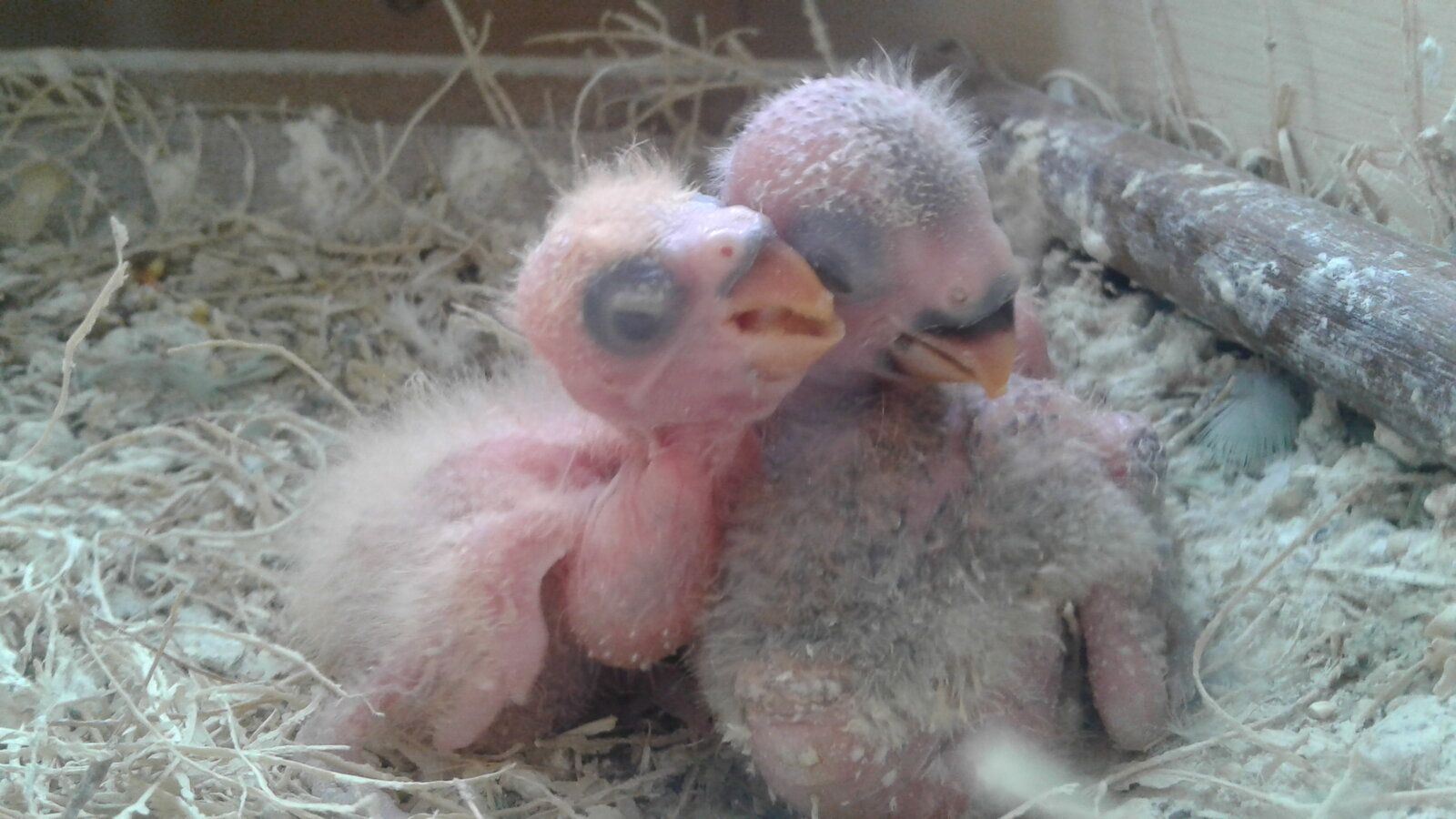 Totally adorable, Kitekeeper! Have your linnies by chance been getting up to some hanky panky lately??
OP

LaManuka said:
Have your linnies by chance been getting up to some hanky panky lately??
Click to expand...

Thanks LaManuka! Unfortunately the linnies don´t mix too well with each other. Charlie wants to get serious, but Emma just wants to cuddle, nothing more. After all it is not that bad a thing as both my linnies are greywing mutations and should not be paired together to produce offspring.

I did not know that at first, but later I´ve found out that two greywing mutations can produce babies with several health problems. So Charlie and Emma must remain just friends, much for Emma´s relief
Last edited: Oct 20, 2021
OP

Here some pics of the parents: 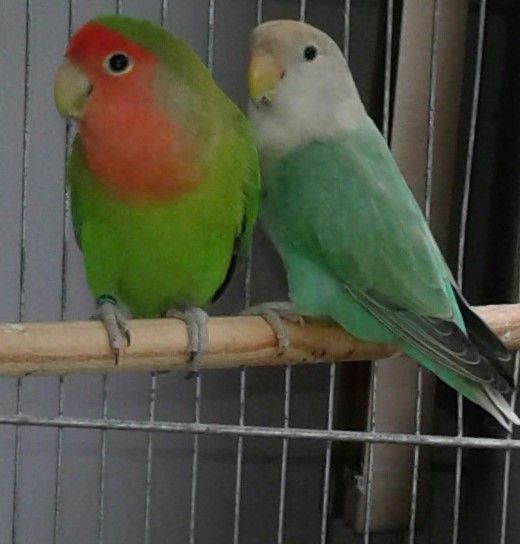 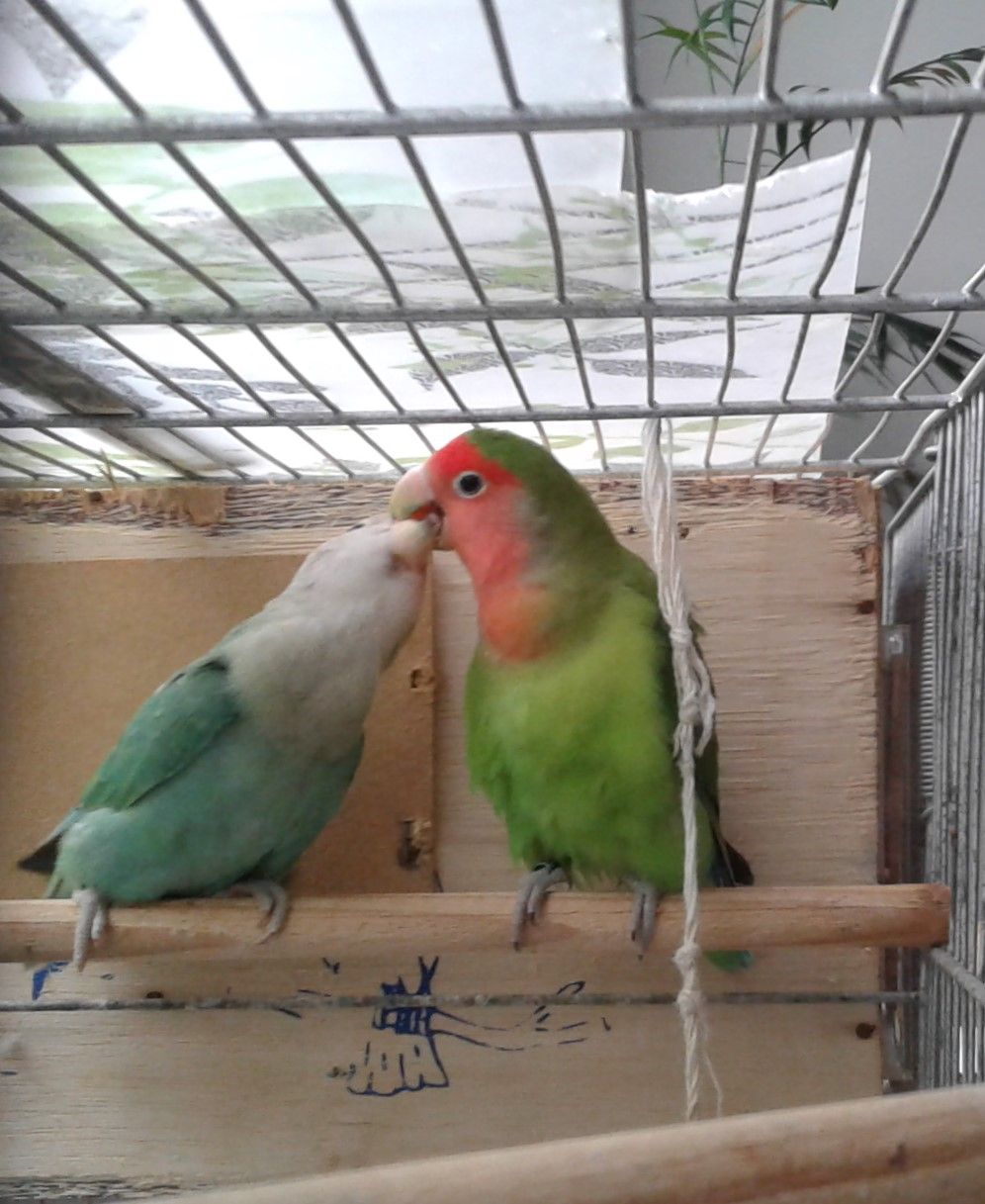 The normal green red faced is the male (Mango) and the bluegreen opaline (Marina) is the female.

They are first time parents but are performing wonderfully well! It has been now 17 days since the first baby hatched and Mango is showing signs of fatigue. He has been feeding Marina and the babies all day long and now I catch him frequently sleeping during the day.

Marina is also performing amazingly well. They did everything they were supposed to do, almost if they have read every book about lovebirds reproduction

Their clutch had five eggs. When the fourth baby hatched part of its shell covered the fifth egg and one of the parents accidentally perforated the fifth egg trying to clean it.

I followed their effort to feed all four babies everyday, but after a week they abandoned feeding the last two. I tried to feed them but they were not able to develop and died. Something was wrong with them as five days of handfeeding did not produce any sign of development at all. Marina knew it better than me.

Let´s see how the two remaining babies will develop then.

Well picked, Noah!! He certainly knows his birds!
You must log in or register to reply here.

How did it get There?

Which future bird would be right for me?

Ouch! The Ugly Side of Parrot Ownership!

C
Having a parrot choose you