I hope you and your flock are all doing well.

I wanted to share the passing of my dear boy Pewpew. He was 7 1/2 years old, a beautiful parakeet with white and cyan feathers. He was the angel of the flock. Never "misbehaved", always so gentle, and such a fighter.

Pewpew was dealt a bad hand in genetics. At barely 2 years of age, he was diagnosed with a benign fatty tumor and abnormally long beak and nail growth. Pewpew's vet could not help him with the tumor because surgery would have surely killed him. The vet said it was not painful or fatal and Pew could still live his life, just slightly hampered. At some point, he was also diagnosed with fatty liver disease. Throughout the years, he's had occasional issues with vomiting out undigested seeds and liquid. His liver condition and vomiting improved with a change in diet. Roudybush pellets primarily, veggies and boiled white rice, and very little seeds.

Despite all his issues, Pewpew remained resilient and had a strong will to live. He flew around the place, he played and made nice music. I will remember very fondly how, whenever I would come home from work, he would fly in place for several seconds like a drunk hummingbird inside his cage until I let him out. He only did this when I came home from work. Pewpew didn't do it everyday but I enjoyed it when he did. Almost always, when I would approach him and say hi, he would stretch both his wings or one wing and foot. I'm sure it was Pewpew's way of saying hi back. He was always afraid of my hands and would always dodge when I tried to kiss him. In the later years, he felt brave enough to perch on my head or my arm while I was on my computer. He was an amazing little bird.

Around 3 AM on November 3, I was woken by panicked flying in Pewpew's cage (which he shared with my other parakeet named Ulap). I figured it was a night fright which they have had albeit very rarely. When I turned on the light, I saw Pewpew clutching the cage bars and was breathing very rapidly. He has a tendency of breathing rapidly when stressed so I picked him up and let him back on the perch. At some point, he calmed down enough and we all went back to sleep.

On the next day, after coming home from work, I noticed Pewpew had a slight tail bob. He also seemed to breathe rapidly after flying across the room. Something he's never done before. His condition very quickly deteriorated from there and I noticed he started plucking at his fatty tumor like it bothered or hurt him. He still had great appetite, had normal poop and did not vomit.

During a visit to his vet on November 10 at around 12 pm, Pewpew passed away quietly during examination in the vet's hands. The vet felt very bad but I knew it wasn't his fault. This time with Pewpew felt very different. My intuition told me it was his time to cross over. The vet thought that either Pewpew's fatty tumor had grown inside to a point that it put pressure on his lungs or he developed cancer. He said that it was only a matter of time.

I blamed myself for taking Pewpew to the vet despite my grim intuition. I wish Pewpew had the comfort of crossing over in the comfort of his home, surrounded by his flock. Not in a cold, alien, veterinary clinic. But I wanted to do something, to pursue the small possibility of his recovery, no matter how slim. The alternative would have been to keep him at home and always have the doubt whether he would have survived had I taken him to vet. I hope that Pewpew knows that now that he's on the other side.

Pewpew's will to live was strong despite his host of genetic issues. He was dealt a bad hand from the very beginning but he flourished and lived a wonderful, happy life with me and our flock. He made me very happy. I will always love and remember my dear little boy.

Thank you for reading. Please send a positive thought or two to Pewpew, the strong. 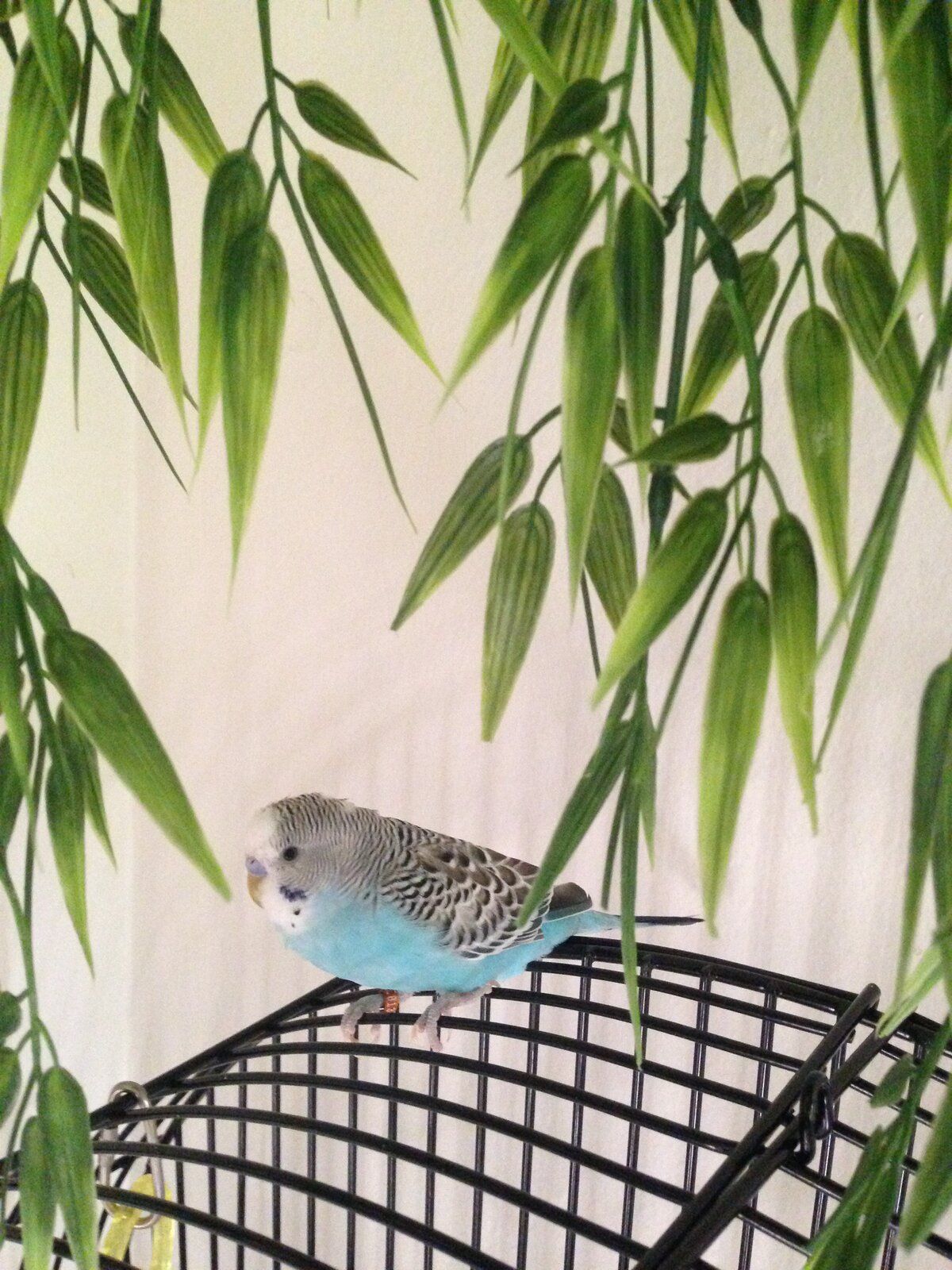 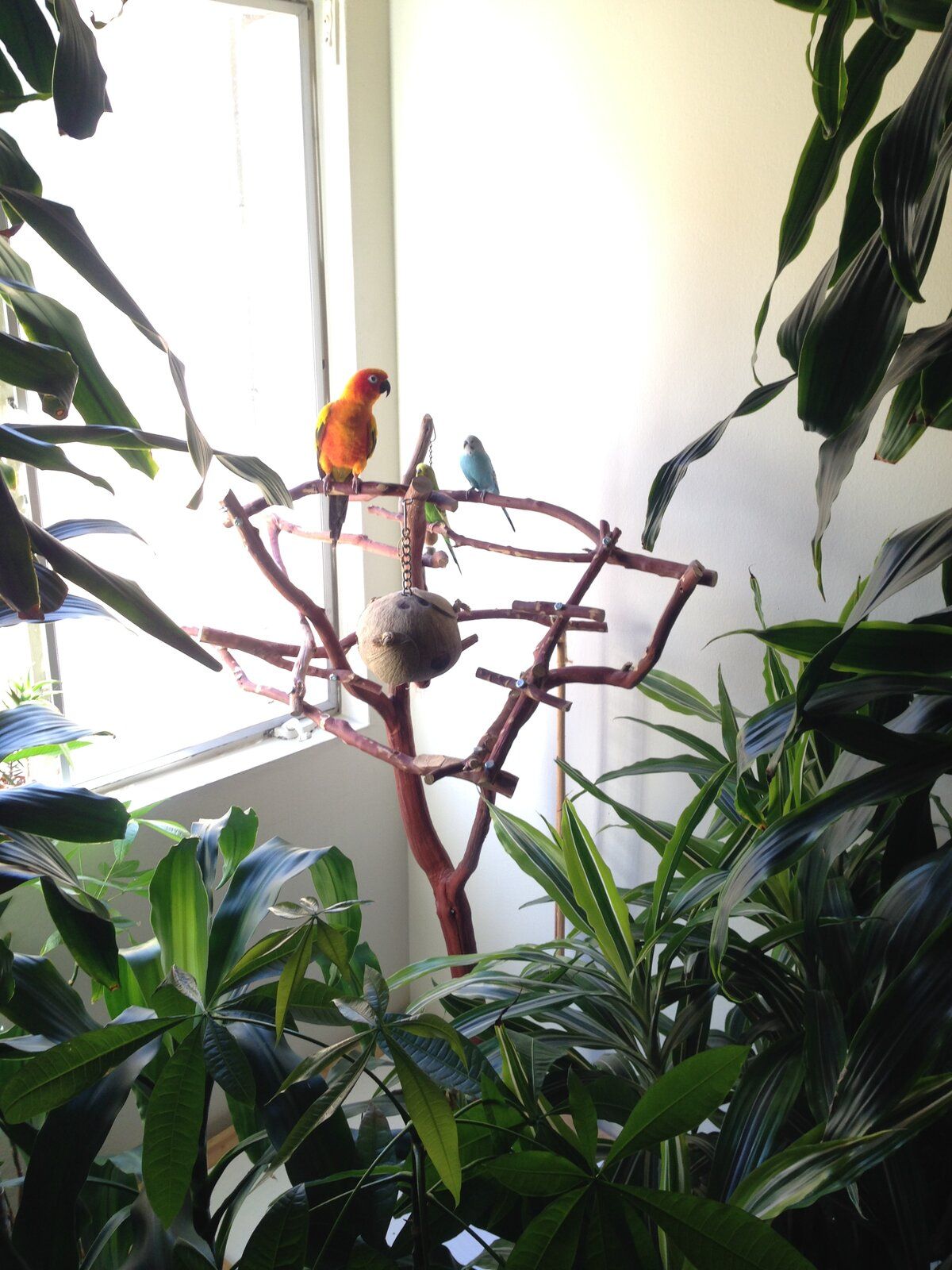 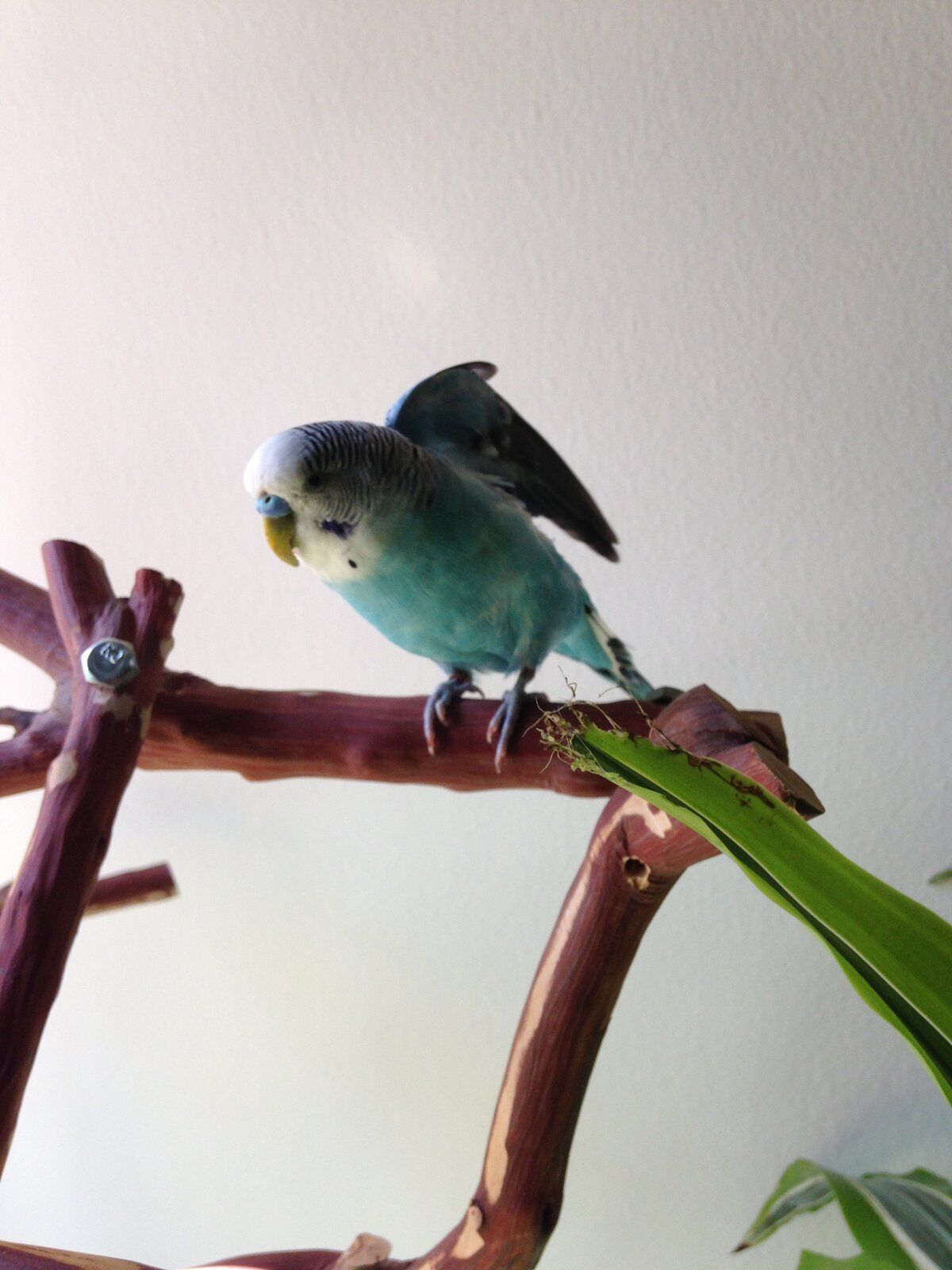 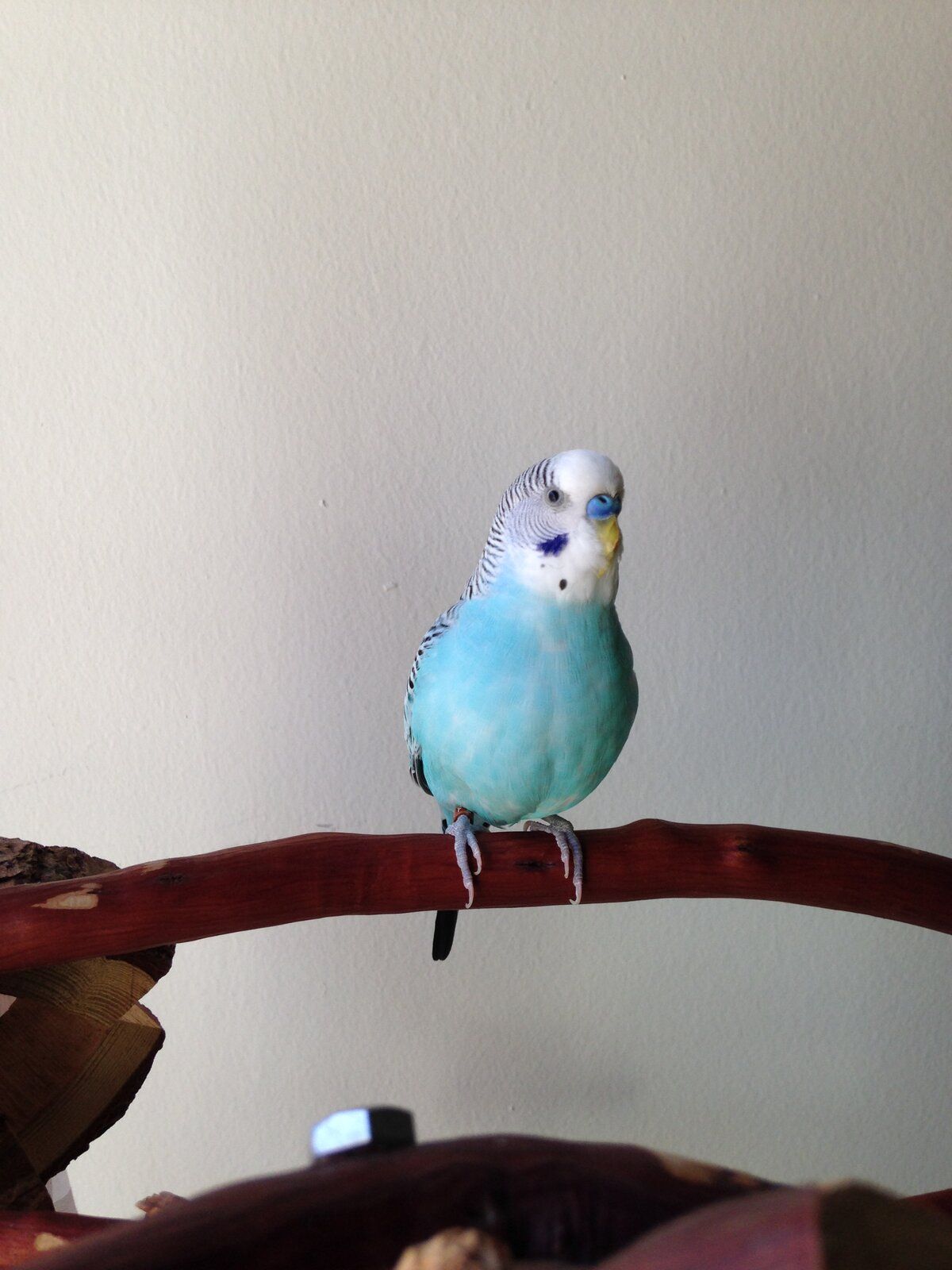 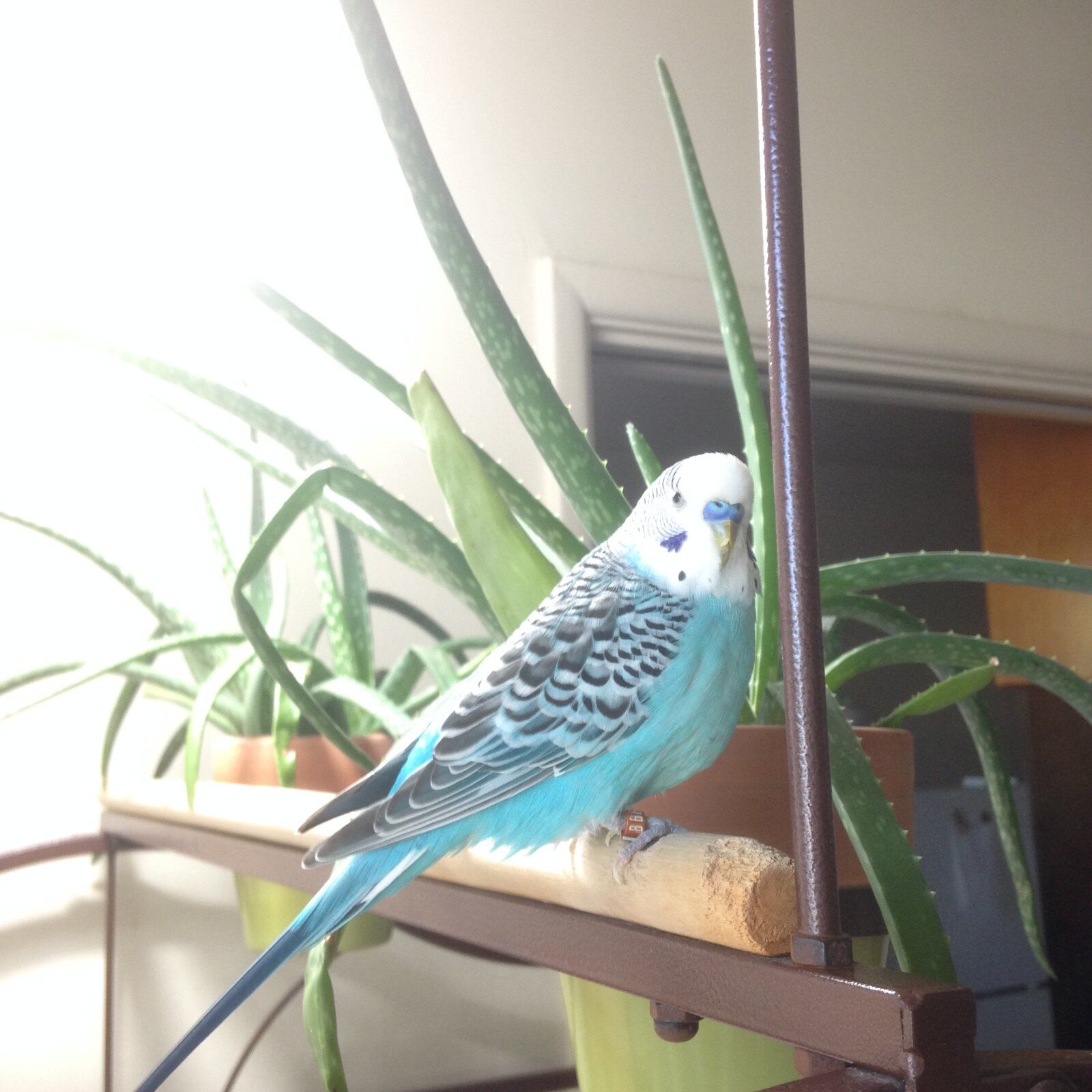 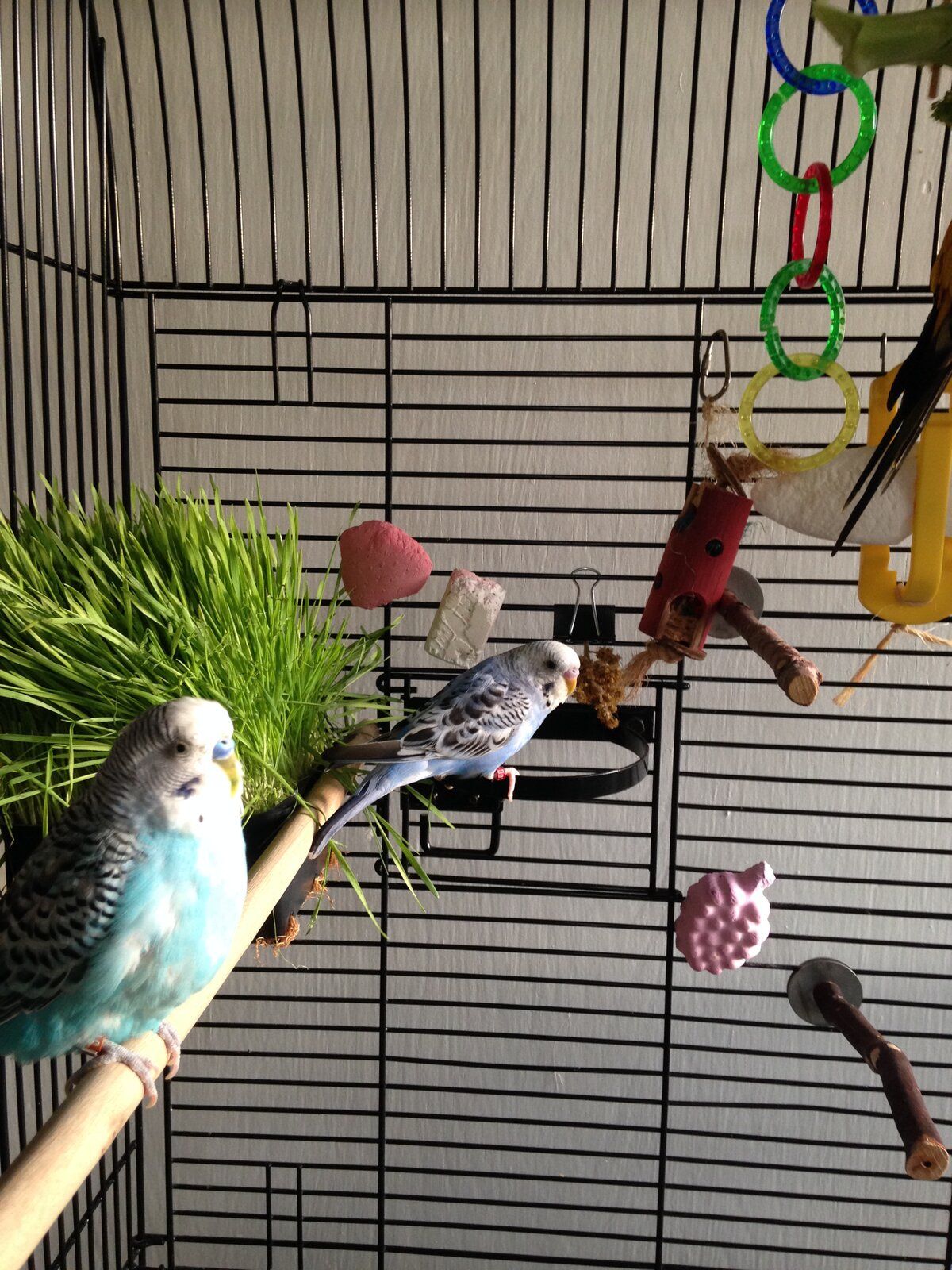 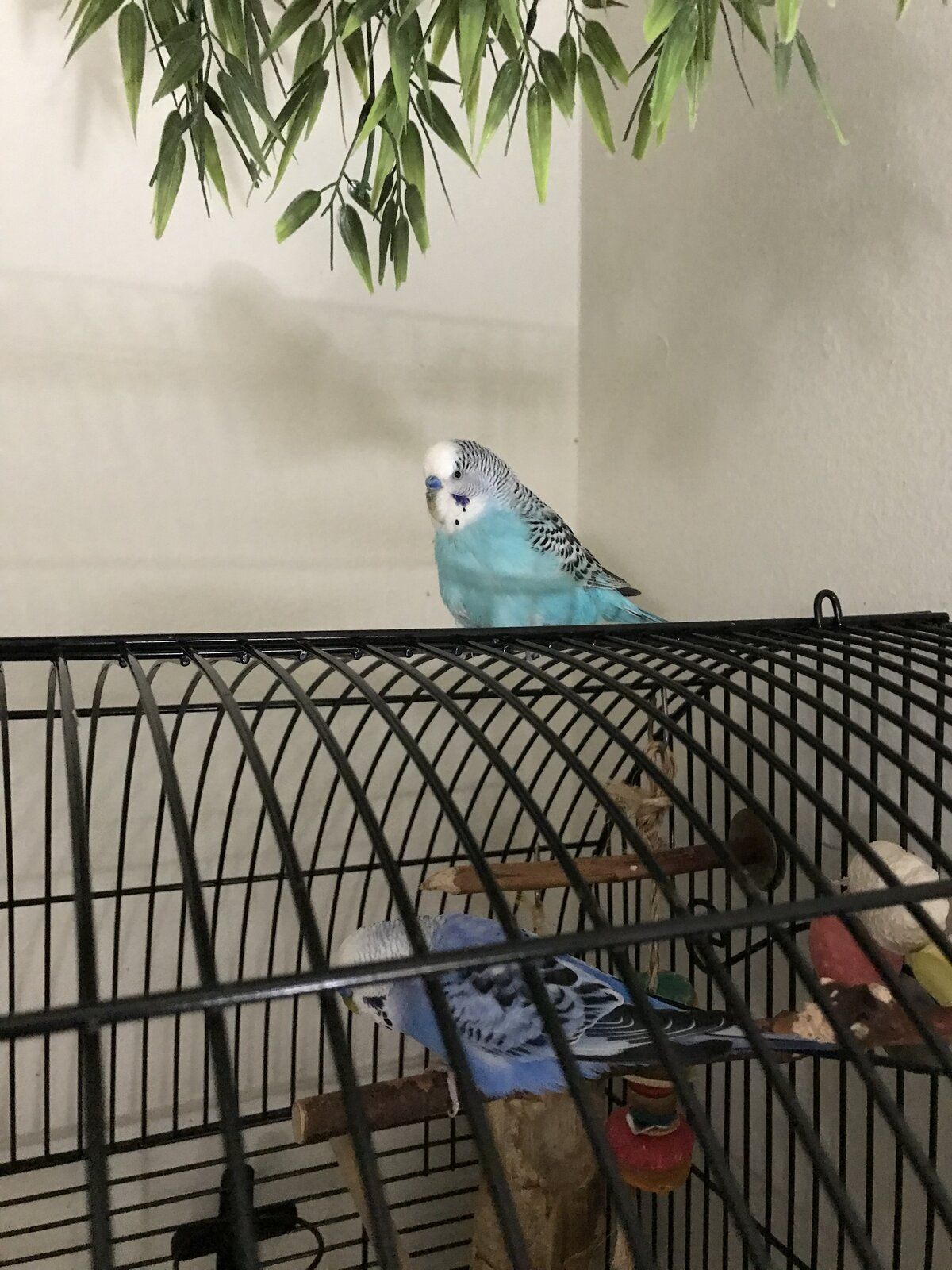 I am sorry to read of your dear PewPew's passing. ITs always so sad when one of these God's little lights go out. He sounds like he was a joy to you and perhaps you to him. RIP PewPew.
OP

Oh @BoomBoom, I'm so sorry for your loss of lovely, bright little Pewpew. It's awful when we are tormented by these "if only I had/hadn't done" feelings, I had them too over the loss of my precious little Lilly earlier this year. But I feel that Pewpew basked in your love and devotion, and that he was a loving soul who understood that you always wanted only what was best for him. What a blessing you were to each other and how glorious your reunion will be, because I truly do believe that we will see all of our precious little loves again one day. ✨

Godspeed to the Rainbow Bridge, sweet little Pewpew, until we all meet again 🌈🙏

I am sorry for your loss. Thank you for taking good care of, and not giving up on, this bird.

Threads like this lift me up more than I can say. Even though it's about a tragic loss, its about a triumphant and Eternal love, unique and precious. The replies above are just beautiful. It's been a long day, but it is ending in a very warm and reassuring sense of Community here. Thanks, all.
Love to you, PewPew.
OP

LaManuka, HeatherG, and GaleriaGila, your words mean so much to me! Thank you for your kindness!!!
C

I'm so sorry for your loss of little Pew Pew. It is clear, from your beautiful photographs, that he had a wonderful life with you. Sadly, so many poor animals and birds never have that.
The what ifs and regrets tear us apart when our beloved pets and family pass. I believe it is our minds trying to make sense of it all.
I am sure that PewPew is flying up above looking down on you and his flock with so much love and many happy memories. May he stay in your heart for always until you meet again.

I'm so sorry for your loss. Pewpew looks like he was a very cute birdie. I am sure that he was much loved in your care. Rest in peace, Pewpew...
You must log in or register to reply here.

Stormy the cockatiel passed away