Sooooo after Kiwi’s unfortunate passing, at first, Bubbles seemed fine and calm but after Kiwi didn’t return to the cage by night, she started getting all confused and angry, and by morning she was squawking non stop and flapping around with no rest.

This of course, was worrying behavior, and no one, especially not my parents, was gonna say it out loud but we all really wanted a new budgie. Our house felt very strange without Kiwi there to flap around and squeak and annoy Bubbles…

So anyways, we went to our PetSmart and luckily they had budgies left- Six to be exact.

Two were blue budgies in their own cage and they were just grooming and kissing and doing romantic stuff with each other nonstop. Even though there was a pretty silvery blue one I liked, no one was willing to split them since we were here for one budgie only.

We watched them for… like…. Twenty minutes, the whole time the two blue lovebirds did nothing but…. That stuff.

But there was this one fuzzy white and pale blue birb that caught our attention.

We were looking for a more aggressive birb to keep Bubbles in check, so when this birb was able to keep his spot on the perch and peck anyone who came near without once moving, we got pretty excited, before realizing that he hadn’t moved the whole time-

So he’d basically be a nice, still punching bag for Bubbles

But after one little yellow and blue birb jabbed Mr. WhiteFuzzyPaleBlueLazyButAggressiveBirb in the face before playing tug of war with another birb’s tail… welll….. we decided in her of course-

We’re not sure on the gender yet, but she seems to be a girl

When we brought her home, we expected normal new birb flipping out and stuff, but the first thing she did was get some food, investigate the whole cage, then attempt friendship with Bubbles

Bubbles meanwhile, seemed fairly scared of this tiny little happy birb who came out of a white box and flopped around in her food

Star tried approaching Bubbles but got bit in the head and feet… at least… I’d say a dozen times the first day, at least when I was watching

But Star started fighting back, which flipped Bubbles out, and now Bubbles is still pretty angsty and aggressive around her, but also more cautious since Star is all happy, insanely brave, and FAST.

We all miss Kiwi very much, but Star isn’t doing too bad at our house (and she is amazingly sweet). Even though she will never be able to replace Kiwi, who knows? Maybe this little baby birb will get Bubbles to be less mean- lol 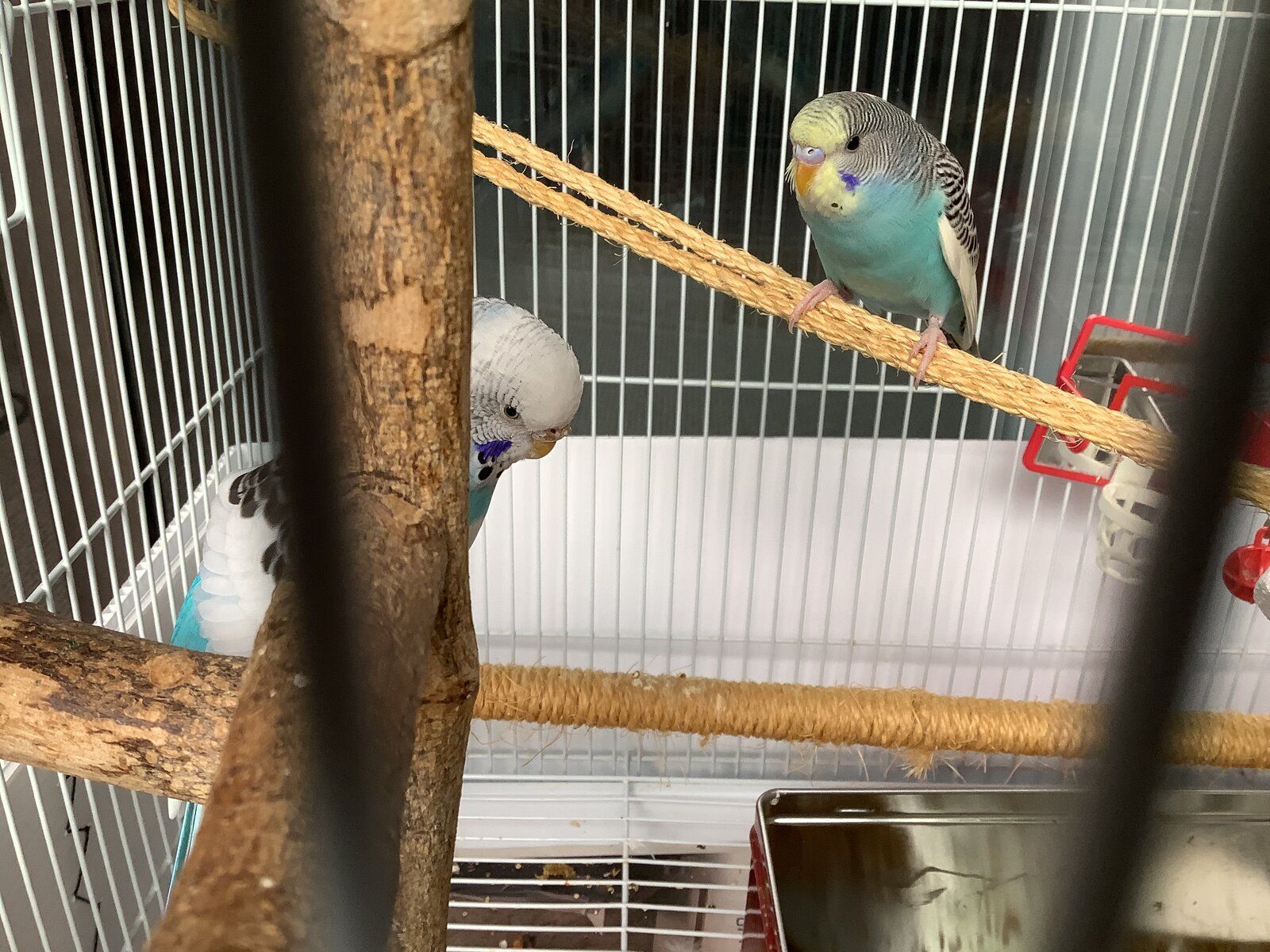 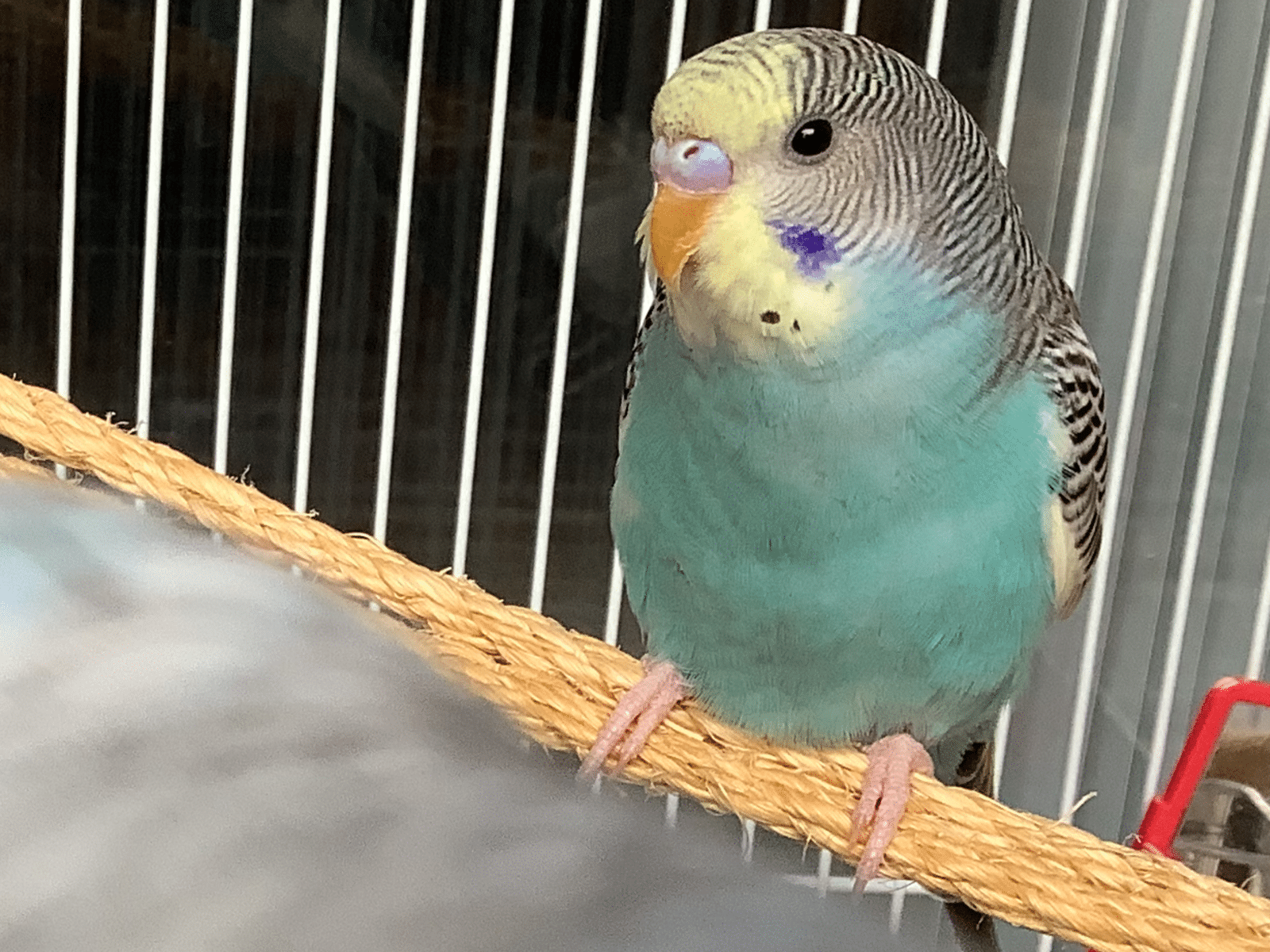 KiwiAndBubblesBudgies1 said:
Sooooo after Kiwi’s unfortunate passing, at first, Bubbles seemed fine and calm but after Kiwi didn’t return to the cage by night, she started getting all confused and angry, and by morning she was squawking non stop and flapping around with no rest.
Click to expand...

KiwiAndBubblesBudgies1 said:
We’re not sure on the gender yet, but she seems to be a girl
Click to expand...

She's a boy I looked at the pics and her cere is a boy but id love some closeup and clearer pics if you want me to identify him.

I hope this isn't too off-topic, but did you quarantine her/him? He/she may have an illness. Quarantine is essential for new birdsm

Oh yes i forgot to mention 100% agree with pip.
OP

I hope this isn't too off-topic, but did you quarantine her/him? He/she may have an illness. Quarantine is essential for new birdsm
Click to expand...

Unfortunately my parents didn’t agree with the whole quarantine thing- and we didn’t have a separate cage- I am a bit worried, but they seem fine, so I’m hoping for the best-
You must log in or register to reply here.

Issues With My Budgie and Cockatiel

Kiwi is having seizures-

P
My Budgie is a color shifter