So my Kakariki is now 3 and a half months old. She thinks she owns the place but she's young and learning. She's in this bite mode where she needs to check everything out with her beak, toys, clothes, ears, neck, hands, floor, whatever. She's maturing. I can still pick her up though although she is hyper. But so yea, she started to go after her cage mate, my timid turquoisine. She started ripping out his feathers on his back! I felt so bad he had little white feathers sticking out of his normally cobalt blue wings and back. Right now he is in a smaller separate cage. I don't know if it is just the phase my Kakariki is going through since she is growing up, or if it's a permanent hatred towards him. I'm really sad about it. I also don't have room for yet another cage. It's just on the floor of my room for now because I already have 3 cages in my bedroom. It's a large room but that's about the extent I can go since I have furniture obviously. But I don't know if it's because she's finding her "flock" or if she really just suddenly is done with him. He hardly even moves he just likes to sit places and hang out while she runs all over the cage. So it's not like he did anything to piss her off. He's so timid and she's crazy so, I am not sure what to do I eventually want to try to put him back when she calms down a bit, I just hope it goes back to how it was before her sudden mood change.

Keeping seperate species in the same cage is NOOOOOT a good idea.

Well I've kept Kaks with turqs before, they are usually in mixed aviaries and stuff. I've never had a problem before, I keep a male turquoisine and a female Kakariki. If I had the opposite genders it wouldn't be balanced


The old kak who passed away

Here they are on the swing together 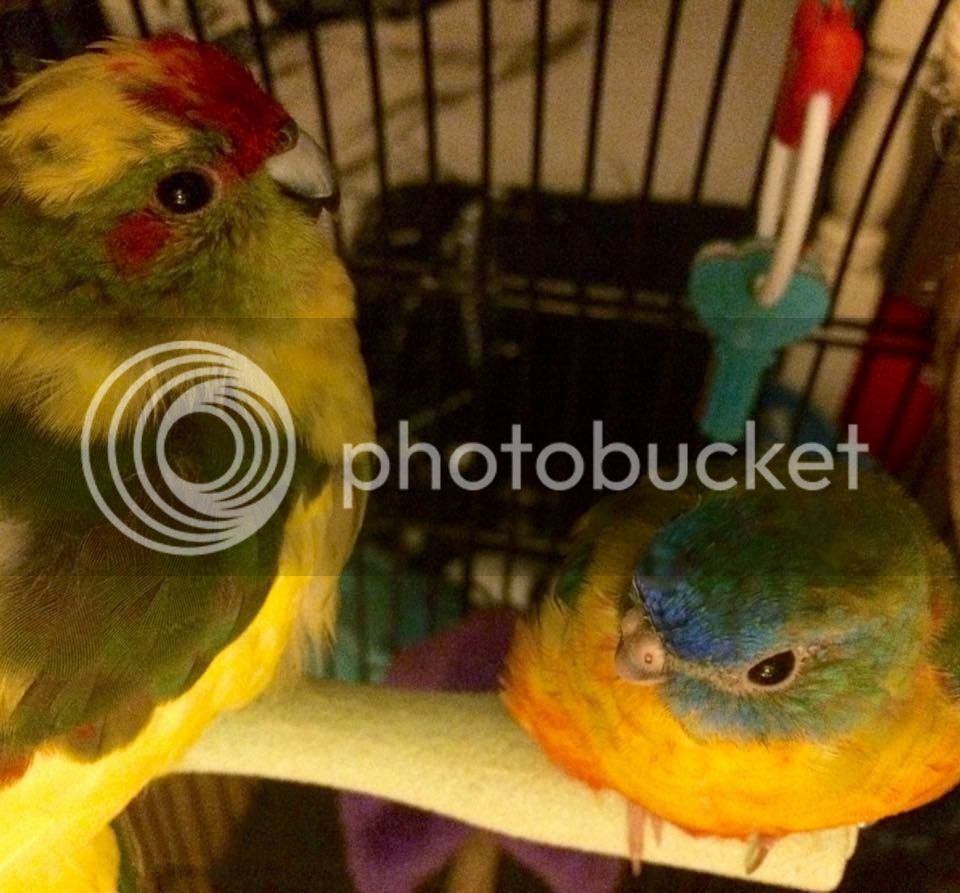 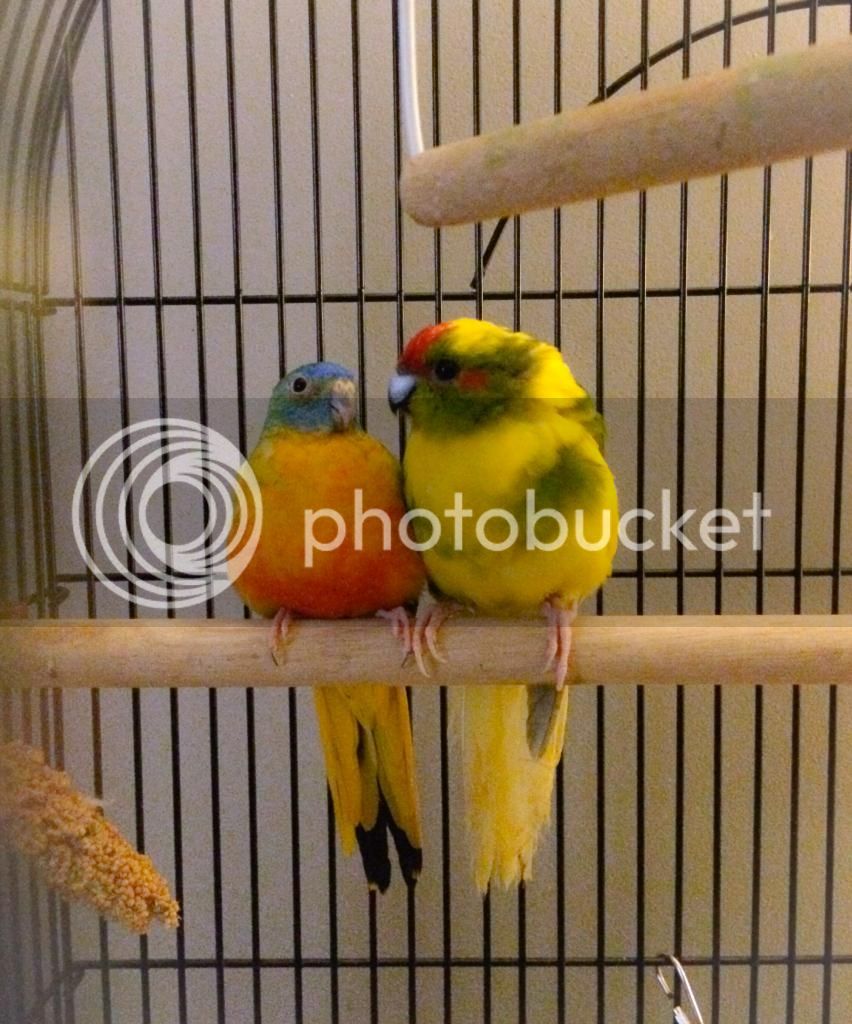 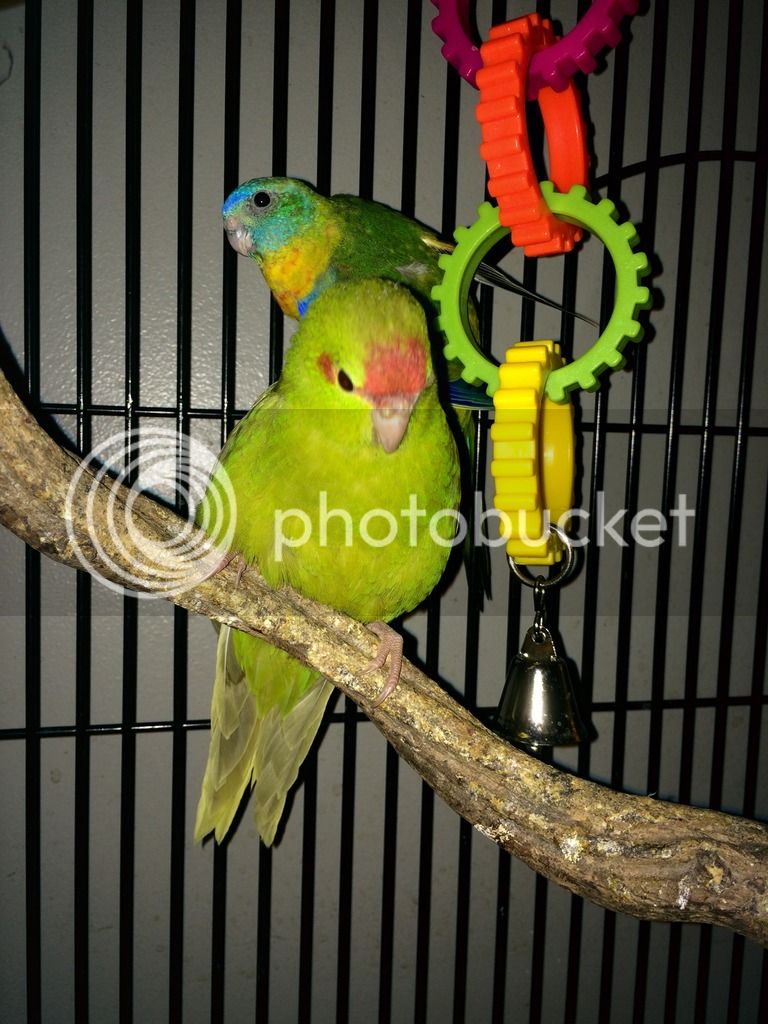 They are opposite gender

I just don't understand her sudden change of behavior towards him. I just wonder if it's bc of her phase in bite mode with everything

Maybe Cleo was just an extra tolerant individual? If before you kept these species in an aviary, that was why they got along. Maybe Clover is just starting to become territorial as she matures? Time for a separate cage Valerie !


This is a real dilemma, Valerie. I don't know much about these species, but IMHO the body language in this pic speaks volumes. Hard for me to assess whether this behavior will be transient.

I know it is hard, but try to get the poor guy off the floor, he is timid enough already!
You must log in or register to reply here.

Tiki suddenly hates me. I don't know what to do!

Not behaving on shoulder